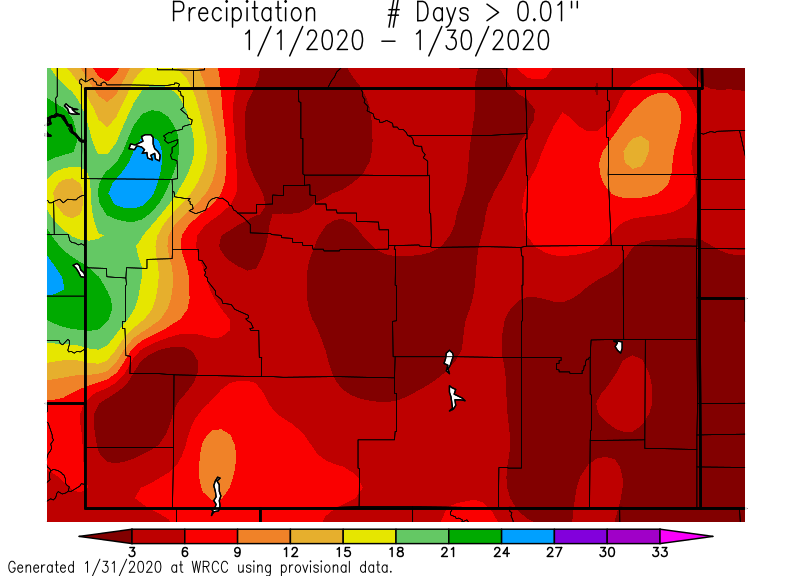 Snow was the operative word for Star Valley for January 2020. At Star Valley Ranch there were only 4 days in the entire month when no snowflakes were observed.  This was not the case over much of Wyoming as noted in the map of days with .01 or more for the month.

With the exception of Northern Lincoln County(Star Valley) north to Yellowstone. precipitation days were limited for the month.

The greatest January  precipitation  in the area was recorded at the Willow Creek SNOTEL site with over 9 inches of water content in the snow that fell.

The precipitation at Star Valley Ranch was all snow totaling over 70 inches for the month.

Bedford 3SE has a longer period of record and while  1977 was snowier this January was close behind.

Temperatures in January were not particularly cold, partly due to the persistent clouds and their insulating affect

The coldest observed was -14  at the Double L Ranch on the 10th. However at Star Valley Ranch the lowest was 2 above also on the 10th of January

Lastly examining the January departure from normal of precipitation for the Western U.S, the area of Star Valley stands out with above normal  surrounded by drier conditions.