While residents of Star Valley  realize that snow could still fall even into June, typically the period from October 1st to the end of April comprises the snow season.  Thus it is a good time to review this past winter which most of Western Wyoming experienced an above normal snowfall.

The first graph shows the totals for the period from October 1 2019 to April 30 2020 at reporting stations in Star Valley as well as Jackson. 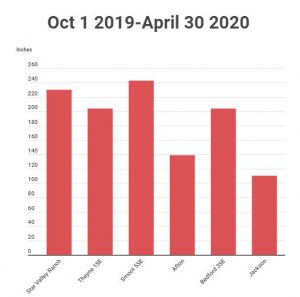 Typically the greater totals occur at places such as Star Valley Ranch and the higher elevations of the south end of the upper valley south of Smoot.  Alpine appears to get higher amounts as well due to the combination to the proximity of Palisades Reservoir and at the head of the Snake River Canyon. However currently there are no reporting stations near Alpine.  All of Star Valley likely experiences more snow than downtown Jackson

Looking at the reports from the Bridger-Teton Avalanche Center show another great snow season:

The graph of snowfall and water content from the Willow Creek SNOTEL  indicates another excellent runoff can be expected.

The following graphs show the snow totals for the past four winters at the reporting sites available in Star Valley. 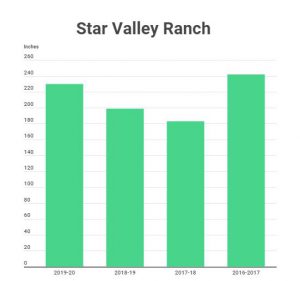 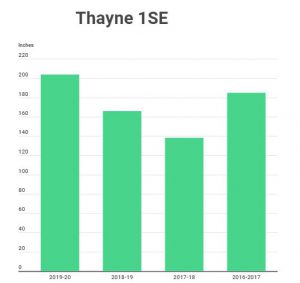 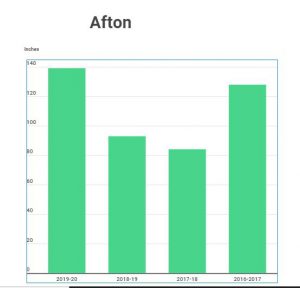 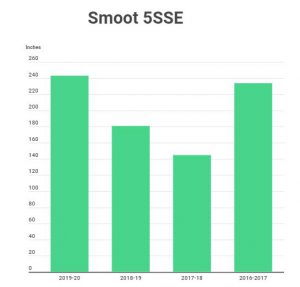 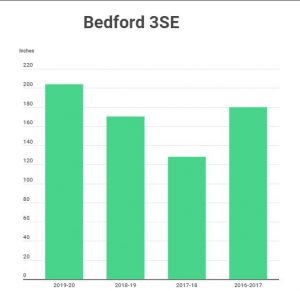 Have included Jackson for comparison purposes to Star Valley