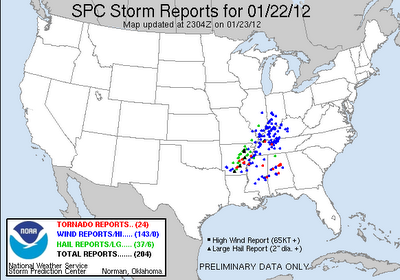 The weather system which resulted in the large amounts of snow and even rain in Star Valley at the end of last week, provided the energy for a Mid Winter tornado outbreak in the southern states late Sunday and early Monday.

There were reports of a couple dozen tornados with the most deadly occurring in the early morning hours in central Alabama.  These tornados were generated by intense supercell thunderstorms.  Following are a couple images from early Monday morning of both the reflectivity and velocities detected  from the Birmingham Al Doppler radar.

The top image shows a classic hook signature with an associated very tight velocity couplet on the bottom.

There were reports of at least 2 fatalities and over 100 injured with these early morning storms in Alabama.

A much more positive result from the same storm system was the culmination of a very wet week in Star Valley. Below is a figure showing the dramatic improvement in the snow pack in the Salt Range at the Willow Creek Snotel site. 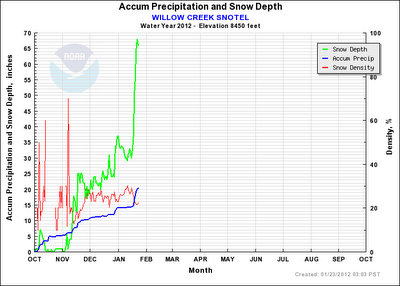 This brings the snowpack almost up to normal after such a poor start to the winter season. 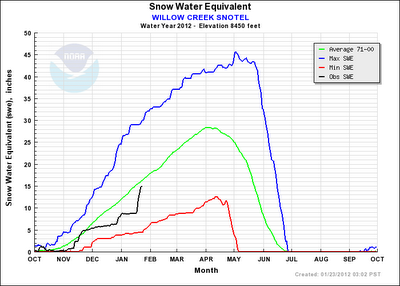 The same storm brought copious amounts of rain and snow to nearby Salt Lake City area.  While the snow was very beneficial in the mountains, hazardous driving conditions resulted from the heavy snow on the hilly roads in Bountiful Utah. The attached video attests to this!