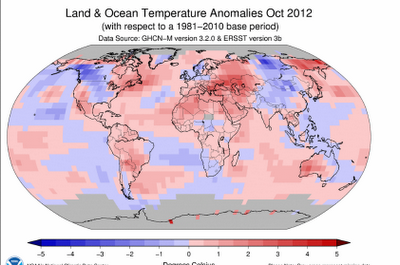 It was an unseasonably mild October 2012 in Star Valley, but now that the data is in it is clear much of the earth also experienced anomalously warm conditions.

With the exception of western Canada down into the Central U.S. and eastern Asia above normal temperatures were the rule over land and sea.

In fact warm Octobers have been the rule world wide for much of the past 30 years!

A possible indicator of the warm temperatures  is the extent of sea ice observed over the polar regions in October.

The first graph shows the loss of sea ice over the north polar areas in recent years as measured in October. 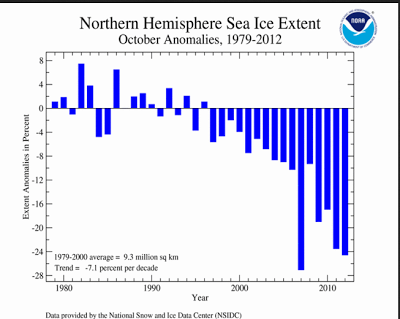 While the record is relatively short, the warmth appears to have taken its toll since 2000. 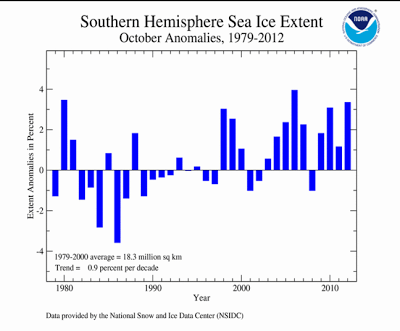 With the polar opposite signals, the cause and effect is in question although it appears that the warmth  is well correlated to sea ice loss in the north pole region.

Comparing the daily high/low temperatures with normal and record readings for Jackson WY in October  2012 there were no record setting periods. There was a particularly cold period actually in the first part of October and then ending up well above normal 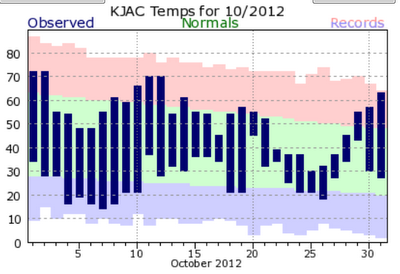 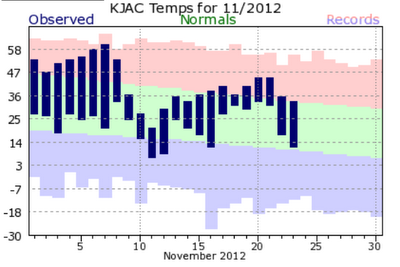 It now appears after a quick moving system drops a couple inches of snow on Sunday, the remainder of November should be dry and seasonably mild.   The CPC forecast for the coming weekend suggest the mild conditions should extend into the first of December. 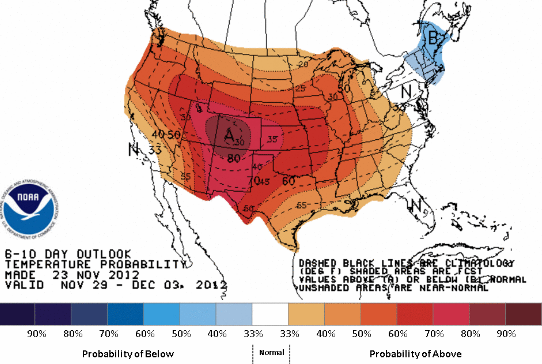 Much of the country should experience above normal temperatures through the weekend!

Additionally a moist air mass will spread inland on the West Coast in advance of a major Pacific low pressure trough bringing above normal precipitation into Northern/Central California and Oregon.

Affects from the moist flow could reach into Star Valley over the weekend.

The extended model precipitation forecast covering the period from midnight Wednesday through midnight Sunday shows the potential for a major heavy rain event over Northern California. 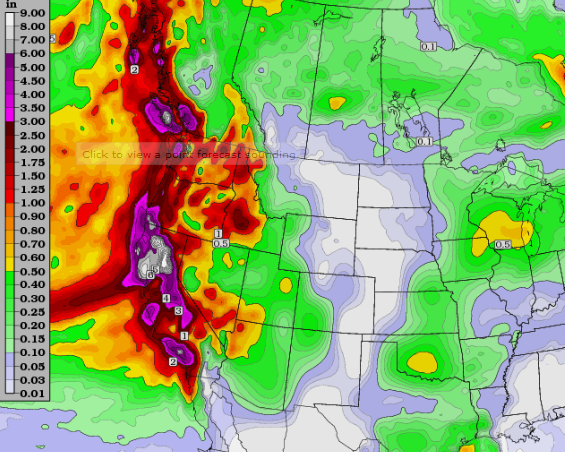