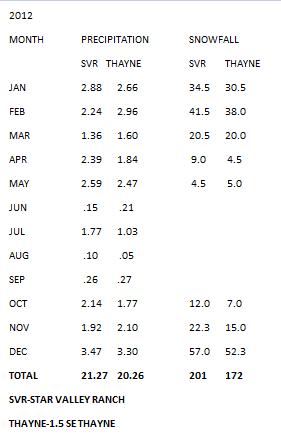 Now that 2012 is in the books the summary of both the precipitation
and temperatures are available.  While all 3 stations(Thayne, Etna and
Star Valley Ranch) have heaters to melt snow, however depending on the
wind, melted precipitation is usually well under observed.  The two
accurate observation sites for precipitation are both http://www.cocorahs.org   observers.

The
normal annual precipitation for Star Valley is between 21 and 25
inches.  2012 ended up a little below the normal.  However the summer of
2012 was one of the driest on record.  Fortunately the pattern changed
and the Fall was quite moist.  Most noticeably, December produced well
over 3 inches of precipitation at both stations along with over 4 feet
of snow. 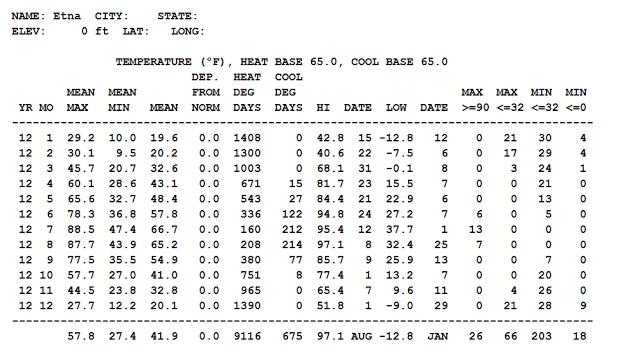