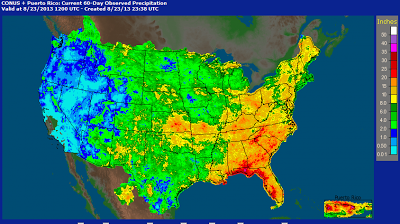 A major change is taking place in the large scale wind pattern across the United States.  Up until recently high pressure over the west and a trough of low pressure east of the Rockies has persisted much of the summer.  This has brought a very dry summer once again to large areas of the western states including Star Valley. The exception has been over Arizona and New Mexico where the Mexican monsoon has provided beneficial,  mainly mountain rains.

As an example the total precipitation measured at Star Valley Ranch from June 1 until August 23 is just 1.82 inches.

Normally as can been see on the Bedford climatological data, nearly 5 inches are expected in the June, July  and August period.

For the past 90 days ending August 23, 2013 much of western Wyoming was dealing with another dry summer.

Much of southern and western Wyoming has had less than 50 percent of the normal amount for this period, some areas much less.

As alluded to in the headline of this blog there has been a major shift in the pattern with an upper high over the Plains States and a trough of low pressure off the West Coast. This places much of the interior west under a southerly to southwesterly flow, which has allowed an influx of Monsoon moisture that has primarily been to our south all summer.

Following is a sequence of 500 mb charts for the next several days which keep the pattern favorable for moisture to continue moving northward across our region.

The purpose in showing the sequence of 500 mb charts for the next 5 days is not only to emphasize the pattern change but also show the upper disturbance that moves northward up the Baja Peninsula.  This feature is the newly formed Tropical Storm Ivo which can be seen on both the visible and water vapor imagery from Friday afternoon. 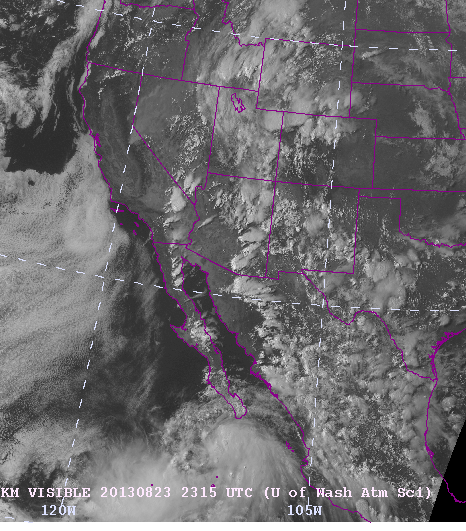 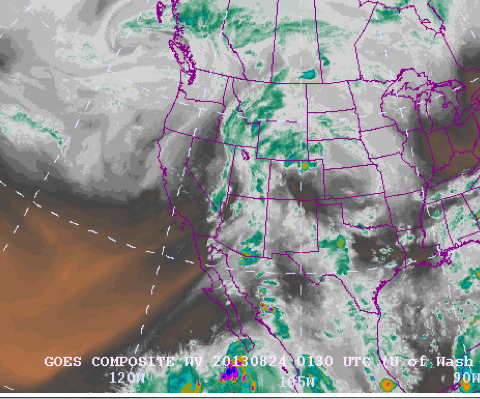 While still somewhat disorganized the National Hurricane Center is forecasting it to move northward just west of the Baja Peninsula over the weekend. 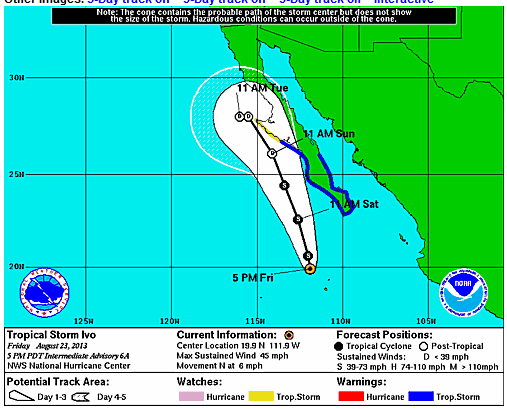 Although it is not forecasted to reach Hurricane strength prior to weakening over the colder water, the upper air pattern now in place will lead to a large influx of tropical moisture initially into the Desert Southwest over the weekend, and to a lessor extent northward affecting Star Valley, possibly by the first of next week.

Following is the model forecast total precipitation for the coming 6 days.

While for essentially the same period the forecasters at the NWS are indicating a similar forecast as the model. 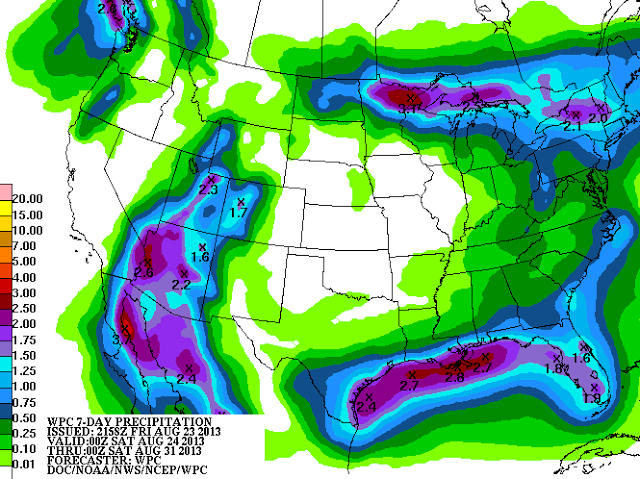 The amounts of over 2 inches in Western Arizona if verified would equal to a large portion of the annual totals in that area!

While it is still too early to say with high confidence that this very anomalous solution will occur, the potential is certainly worthy of  concern to the south of Star Valley.

We are now in a daily regime of afternoon showers and thunderstorms, which will continue through the weekend.  For Friday there were a few areas that received substantial showers, mostly notably in the Pocatello area.

The moisture from Ivo could have an impact on Star Valley as early as Monday.

By the end of next week, potential is good for substantial precipitation to have occurred in many areas of the intermountain region including Star Valley.