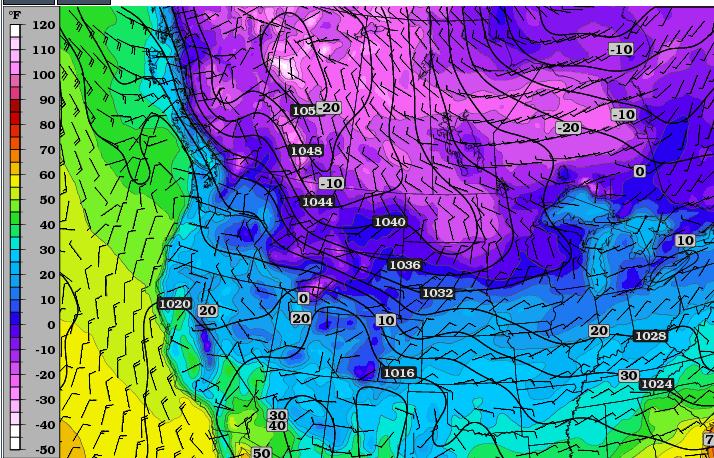 Very cold air is pouring southward out of Canada into the Rocky Mountain states.  It promises to be the coldest temperatures since the early part of December when temperatures dropped well below zero in all of Star Valley.
The following are two surface charts for both this morning and again Wednesday morning.  Note that the cold high pressure over western Canada moves southward bringing with it the bitter cold air mass.
Following is a graphic produced by the Riverton Forecast Office  for Western Wyoming. 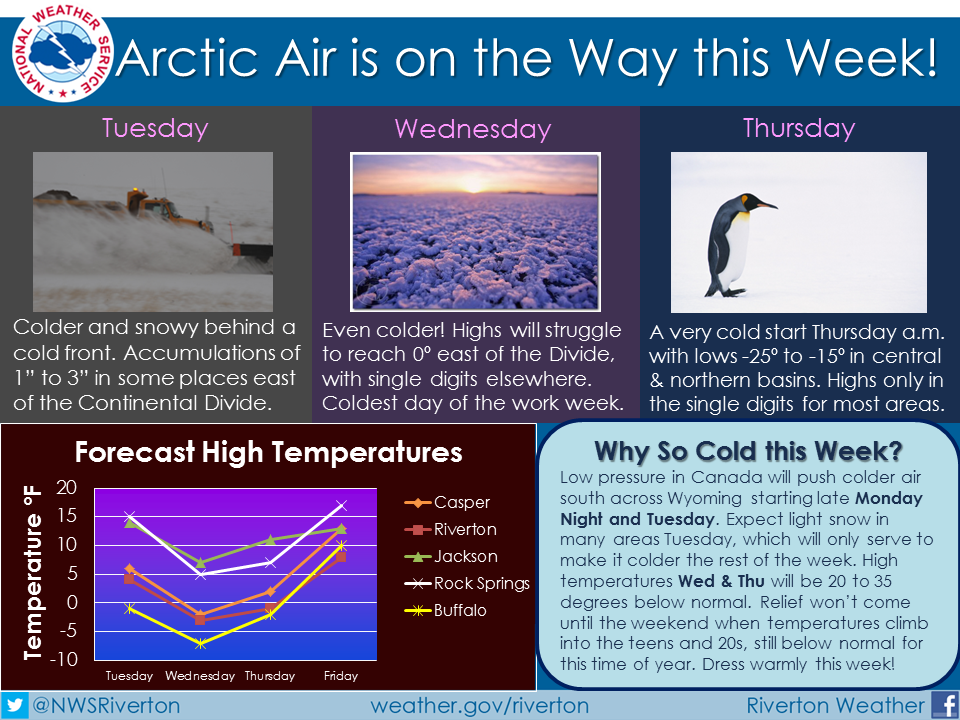 While temperatures by Wednesday morning are expected to drop below zero in much of the Cowboy State, daytime highs also will be quite cold.

Just how cold it will actually get in the Star Valley region will depend on cloud cover.  If skies clear sufficiently later Wednesday and Wednesday night, then temperatures in coldest valley locations could drop to 20 below zero or colder by daybreak thursday.