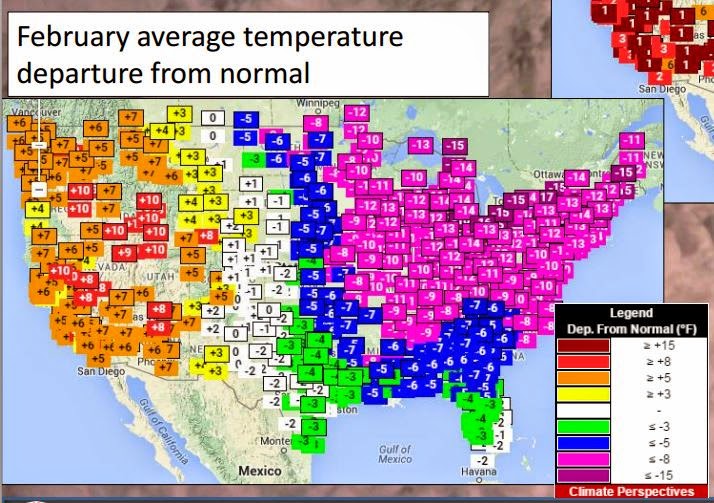 February 2015 was a noteworthy weather month.  In the western States including Star Valley, unseasonably warm temperatures were experienced. However the eastern U.S. suffered through one of the coldest February’s on record. Following are maps illustrating the dramatic contrast from west to east.

Much of Western Wyoming was a good 10 degrees above normal for the month.

Many areas in the western including Star Valley experienced the warmest February on record.
In the northeast it was one of the coldest ever recorded.

The following map of the departures from normal of the 500 mb heights clearly illustrates  the high pressure in the west and low in the east, favoring repeated invasions of Arctic air east of the Rockies for the month.