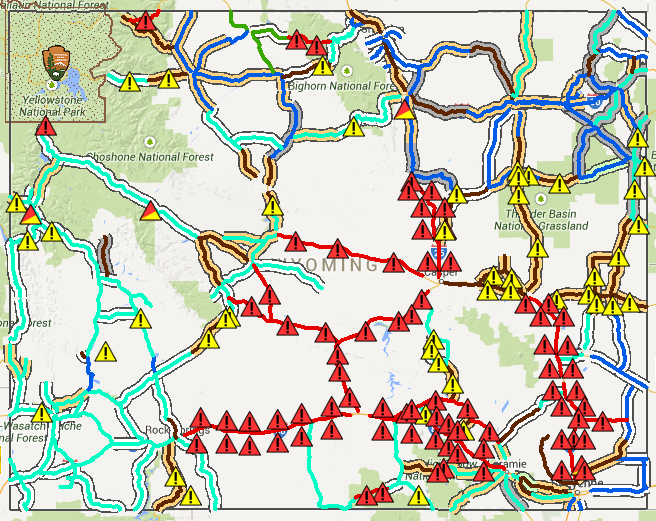 A pair of winter storms brought an extended period of snow, gusty wind, and much colder temperatures to the state on Monday and Tuesday. Casper received the lion’s share of the snow with many places in town reporting over 10 inches of the white stuff. As much as 22 inches of fresh snow fell on Casper mountain while areas to the north received much less, but there were some wind gusts approaching 50 mph near the Montana border.
At one point early Tuesday morning, at least one section of each interstate was closed for at least several hours. As of Tuesday afternoon, a portion of Interstate 80 remained closed from Evanston to Rawlins. There is also expected to be a significant impact on newborn livestock as temperatures plummet as skies clear overnight. Luckily, a warming trend will begin by Wednesday with the high sun angle helping to melt the low elevation snow by the weekend, ushering in a return to high temperatures in the 40s to near 50 by the end of the weekend.