Weather forecasts have become quite accurate in the near term given the increasingly sophisticated computer models that provide the primary guidance.  However the usefulness of forecast diminishes the further out in time the forecast is made as the models steadily decrease in accuracy. Also models are the primary guidance that is used beyond the first couple of days, and almost exclusively beyond 5-7 days.

It is instructive to examine a series of forecasts made by the same model(GFS) for the same time at successive model runs.  The GFS is run 4 times a day, every 6 hours.

The following model forecasts are all valid for the same time(noon December 9,2017)  from the same model(the GFS). The model runs displayed below are every 12 hours, thus the top forecast of both 500mb winds(jet stream locations)  and surface  temperature anomalies(departure from normal) were solutions from the model  run from midnight November 27 2017.

This variability is directly related to the upper jet stream pattern which is the primary controller  of delivering cold air from Canada into the Plains.  As the forecast time draws nearer(noon December 9 2017) it is likely the model while become more reliable, but at this time(10 days ahead) there is little confidence in the eventual weather, particularly in the Plains. 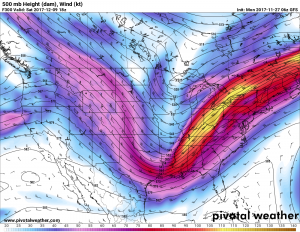 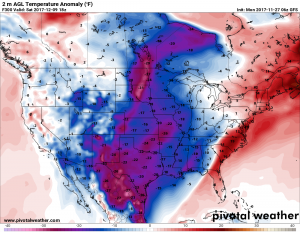 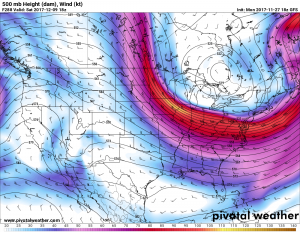 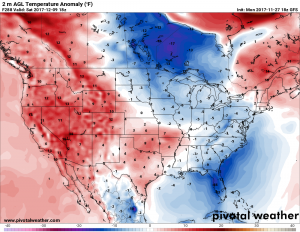 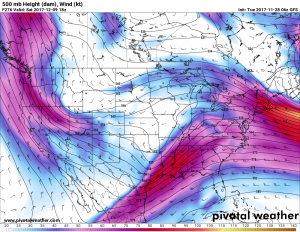 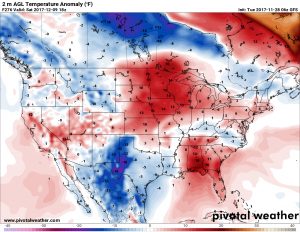 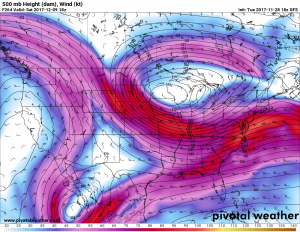 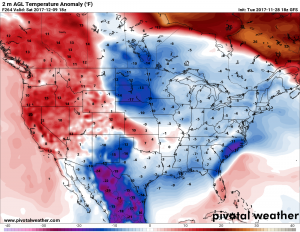 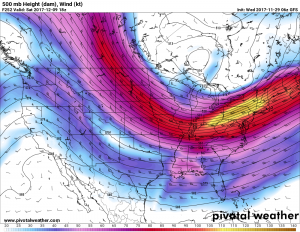 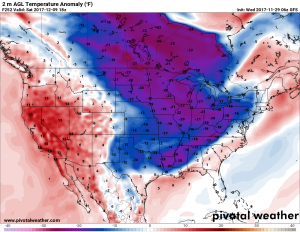 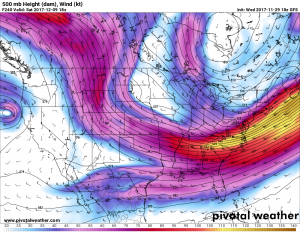 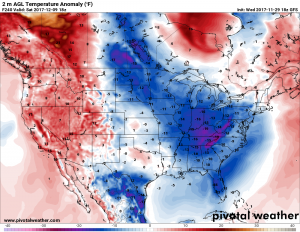 The official temperature forecast covering the period from December 7 to December 13 shows much below normal temperatures in the east and generally above normal in the West.  The Great Plains appear to be the area of least confidence as suggested in the uncertainty in the model forecasts as shown above. 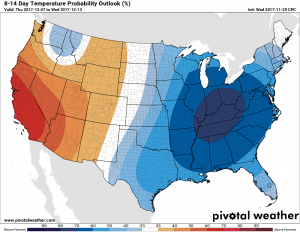