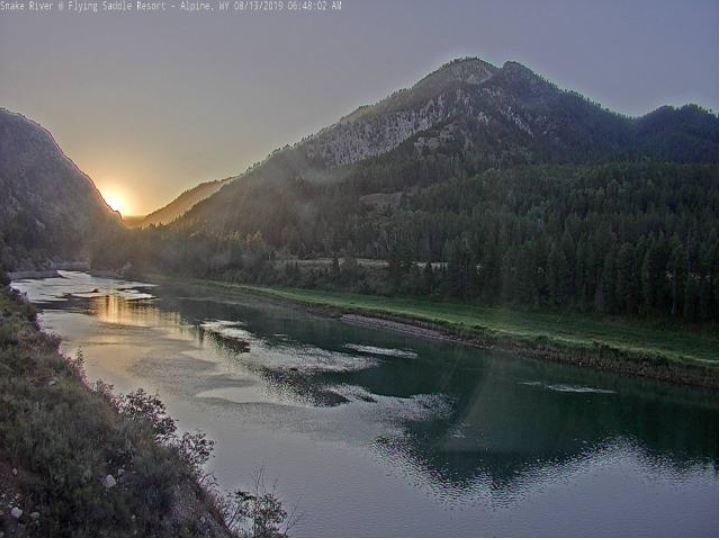 It was a cool morning across Western Wyoming including Star Valley.  Coldest valley locations near the Salt River dipped into the 30s.  The coldest was 29 at Double L Ranch along the Salt River to the Northwest of Etna. This was the first freezing temperature observed in the valley since the the 22nd of June when Double L  also was a 29.  That was 52 days between the last freezing temperature of the Spring and this morning.

It was even colder to the east where 25 was noted in Bondurant.

The clear skies and dry air mass provided for a picturesque sunrise caught by some of the Star Valley web cams.