Wednesday was the 26th consecutive day of no measurable rainfall at Star Valley Ranch.

The persistent area of high pressure that has prevailed over the western states much of the summer resulting in the warm and dry conditions is about to change.

The polar jet stream which has resided near the Canadian border all summer will, as typically happens in September as we transition to Fall, will be shifting southward and bring several upper level  systems across the  Idaho and Wyoming region.

The following series of 500mb charts clearly displays this welcome transition over the next week of the storm track shifting south and bringing several potential precipitation episodes to our area along with steadily cooling temperatures to below normal by the middle of next week.

This obvious change in the jet stream will usher in Fall type weather  in the next week with potential for some much needed precipitation. 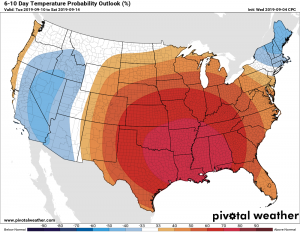 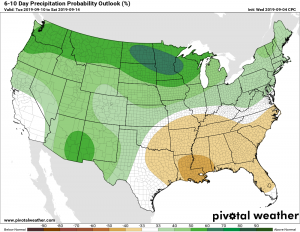