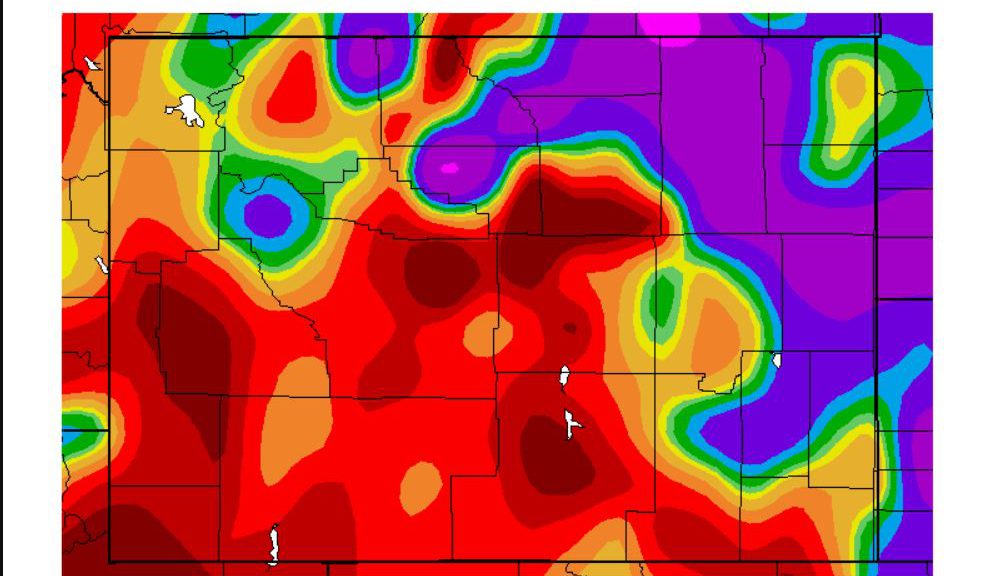 As July 2019 was dry, August was as dry or drier.  In Star Valley the area around Bedford was driest with total precipitation of .20 or less. The northern end of the lower valley had the greater amounts with around an inch in the Etna area.  There was one significant rainfall in the area that occurred on August 1st when a local cloudburst caused rock slides and closed the Snake River Canyon just to the east of Alpine. This event was blogged on August 1st.

Otherwise the following figure is a plot of observed August 2019 rainfall totals.

Temperatures were generally without extreme events, however due to the mostly very dry atmosphere and clear skies, there was large night to day ranges.

Even though afternoons were mostly in the 80’s and low 90’s by sunrise temperatures cooled  some 40-50 degrees.  This was highlighted in the blog on the large diurnal ranges:

The Double L weather station northwest of Etna had six subfreezing mornings with a low of 26 on August 27th.

The warmest afternoon was the 97 reported from the Etna Elementary weather station on the 6th.

Elsewhere in Wyoming much of the state was quite dry with the exception of parts of the north and east.