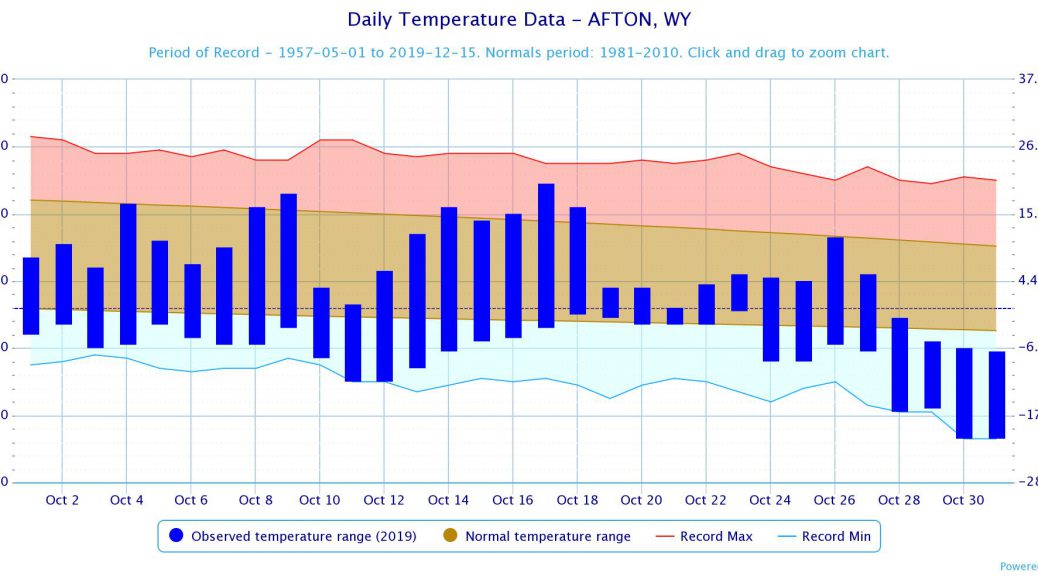 With the official beginning of winter Saturday it is a good time to review Star Valley weather for the Fall of 2019. After what was the second very dry summer in a row, the weather pattern changed early in September. The following two charts show the Afton precipitation for the months of July/August 2019 when virtually no precipitation was reported, followed by September to mid December when around 8 inches was measured, more than 2 inches above normal.

Of greatest interest was the extraordinary cold of October 2019. For Afton the following records occurred  where records go back almost 60 years. It was the all-time coldest October with a minimum of  -7 on both the 30th and 31st,  breaking the previous record of -2 set in 1991. In addition, Afton established new daily lows on the 11th, 12th, 28th and 30-31st.

The chart below further illustrates this where it is noted that as of Mid-December temperatures  had not dropped again to the record low levels of late October.

In contrast to the cold of October much of November was mild and dry, leading to a rather snowy first half of December.