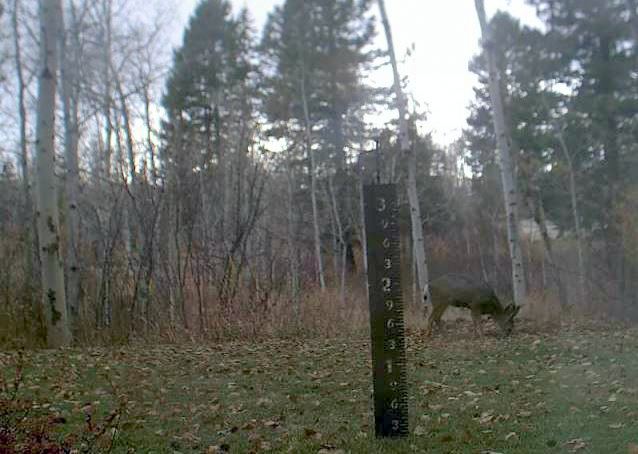 Looking back at the water year which begins on October 1st is the  method of an annual evaluation of each winter. Following is a graph for this past winter which includes both the snowfall for each month along with the water content and rainfall(Almost all the winter precipitation this year was in the form of  snow).

The next graph compares the past 5 years both snow and total precipitation for each water year  through mid April.

While this year there was about 15 feet of snow(181 inches), the water content was somewhat below normal(15 inches is about normal), with just over 12 inches.  Also the lowest water content in the past 5 years and about half of the 2016-17 total of nearly 26 inches.

Ironically and to emphasize how snowy this past February was, the measured snow depth of 46 inches on the 20th was the greatest in the past 6 winters.

For comparison purposes same view of the Star Valley Ranch Snow Gauge Cam  last Fall and on the day with the greatest snow depth of 46 inches.

All observations were from an official Cocorahs station in Star Valley Ranch located on Vista Drive near the National Forest line  at 6400 feet elevation.

While  Star Valley was somewhat drier than normal such was not the case to the south and west through Utah, Arizona into California.  These areas are in the midst of extreme drought conditions which includes a particularly dry winter and low snow packs. 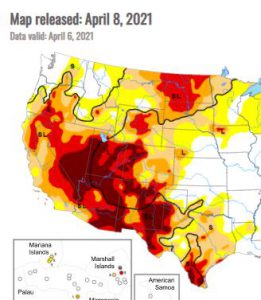 Much of the Northern Rockies including Wyoming, Idaho and Western Montana are starting the growing season with dry but much more favorable conditions than further south.