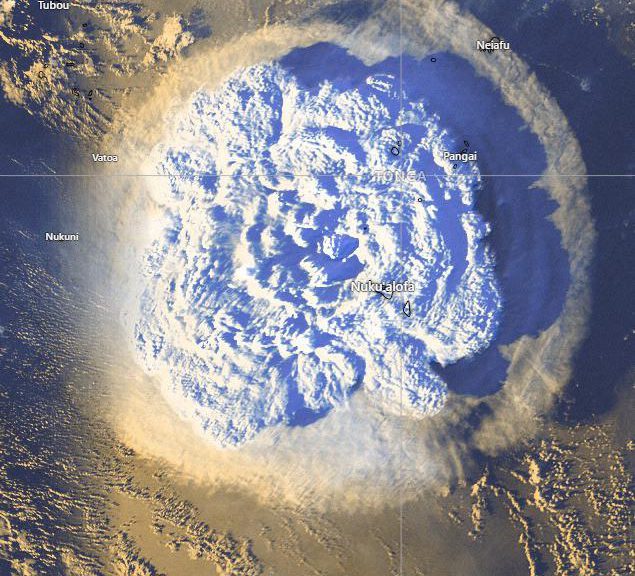 Around 11pm MST Friday night a tremendous eruption of the Hunga Tonga Volcano occurred some 250 miles southwest of Samoa in the South Pacific. 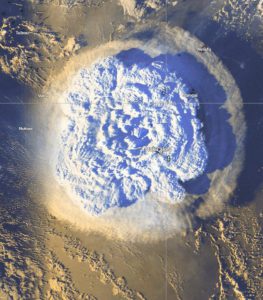 Even though Star Valley is far away from the volcano, there were effects quickly felt around the globe.  Within hours, a pressure wave radiated out from the volcano at about  the speed of sound and was detected across much of the United States, including Star Valley. 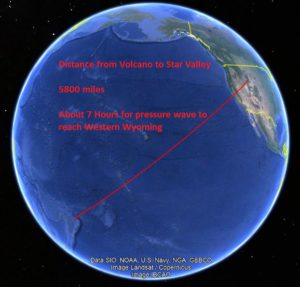 There are several weather stations in Star Valley.  A distinct pressure jump was recorded on all of them shortly after 6am Saturday morning. 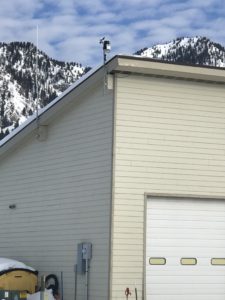 The Weather Station on the roof of the Thayne Elementary School which also has been active since 2011 sensed the pressure wave.  Observations at the school are only collected every 15 minutes so the wave passage is not quite as pronounced as at the Star Valley site.

The station is located on the roof of the school 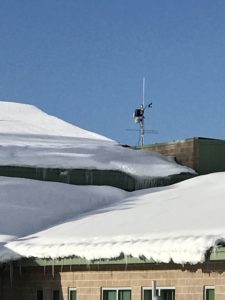 and the observation  from Thayne Elementary are available using this link