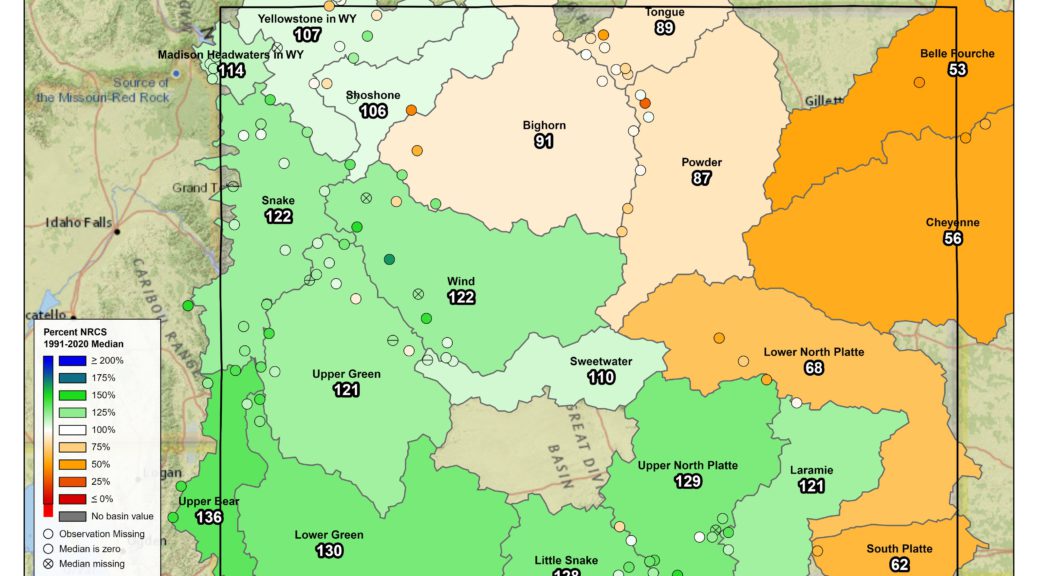 The end of January is  about halfway through the all important snow season in Star Valley and the nearby mountains. Past performance is no guarantee of future results. That certainly is an appropriate slogan for the snows of Wyoming.  This water year which starts on October 1st, so far has been positive.  While much of December was snowy, the jet stream, i.e.  storm track, has shifted north of Wyoming in January.  Thus snow amounts have been minimal since New Years and likely will remain so the rest of the month.

As of the 10th of January snow packs are still generally above average much of the mountains of Wyoming. 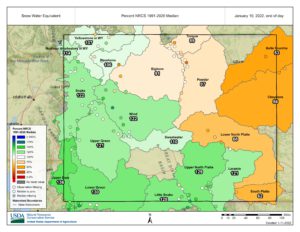 The Willow Creek SNOTEL site located in the Salt Range northeast of Afton provides a good snapshot of the current snow pack. Examining this water year which began on October 1st shows a productive December followed by minimal snow in January. 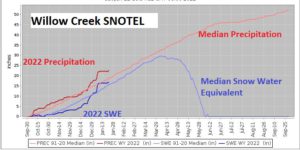 Both snow water equivalent and total precipitation remains above normal levels, but obviously a change back to a snow pattern is needed soon to avoid another low runoff season.

It is interesting to compare years from the weather station at Star Valley Ranch to the past years on the same date. 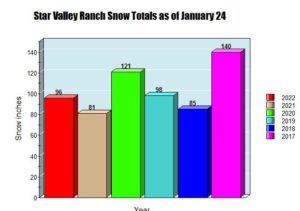 Snowfall this year is similar to previous  years with the exception to 2017.

Similar results for total amount of precipitation as of the 24th with 2017 a big year, while thanks to a wet October 2021, it has been the wettest since 2017. 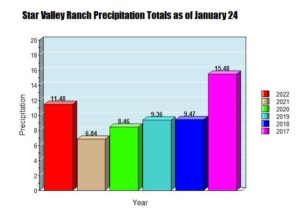 Following  is a list of observations across Star Valley of total precipitation and snowfall since October 1 2021.

While the remainder of January is expected to be remain quiet, the longer range model forecast suggest, as in 2021, February could put Wyoming back in the storm track again.