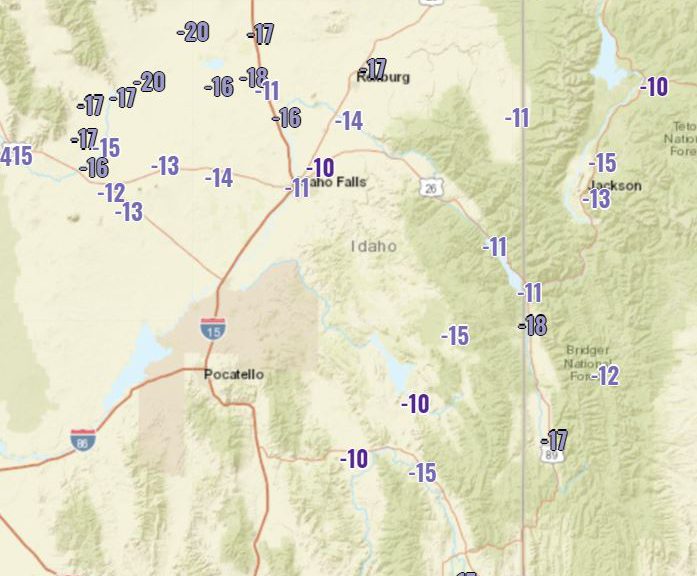 The clear skies, long nights and snow cover provided ideal conditions for strong radiational cooling last night.  The result were the coldest temperatures so far this winter around the Star Valley Area.

To display this are two maps of the mornings minimum temperatures.

First  are those locations that were 10 below or lower 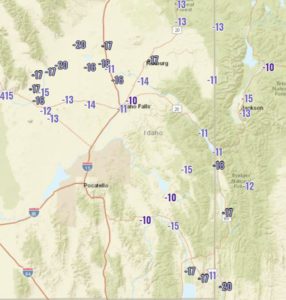 Cokeville  took the honors  with 24 below.  In Star Valley the coldest was along the Salt River near Double L Ranch south of Alpine with 18 below, followed closely by the Afton airport of 17 below.

Looking at a more local map of Star Valley for all reported minimums there as typically the case on these cold conditions, quite the range of temperatures. 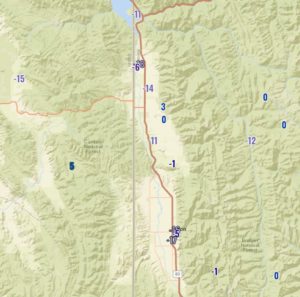 The coldest temperatures are found  near the  river valleys while just  a short distance upslope, readings were  barely zero.  Of note is the station in the higher portion of Star Valley Ranch where the lowest was 3 above zero, some 20 degrees  higher than along the river just 3 miles west and  900 feet lower in elevation.

Even more impressive were the low temperatures at mountain top stations on Deadmans Peak and Mt Coffin, both above 10,000 feet where it did not drop below zero.