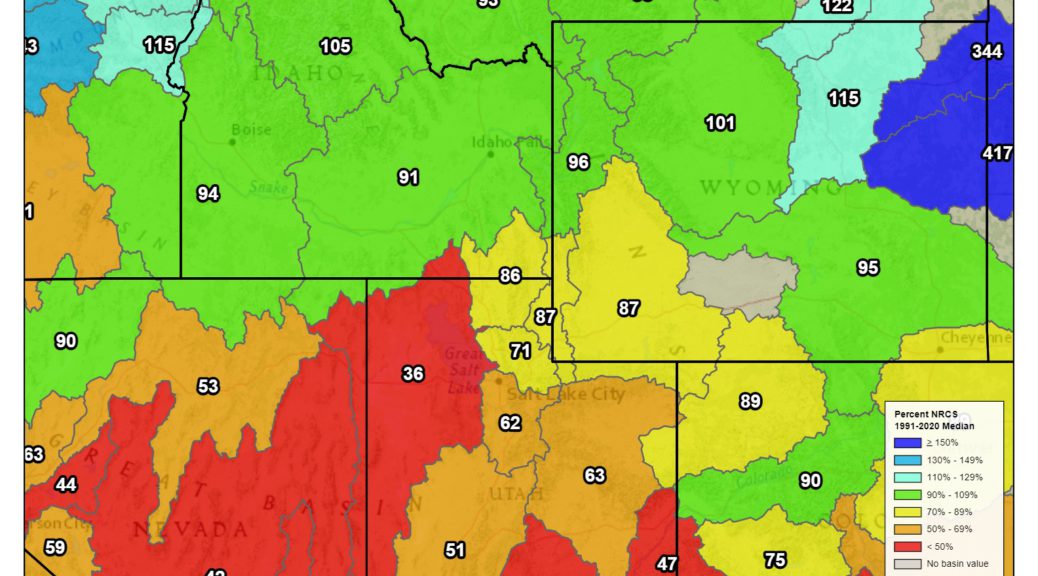 April showers, rain and snow, provided a beneficial boost to the runoff that is underway in Western Wyoming.  Given the below normal winter snowfall across much of the region, the active storm track that has been in place this Spring coupled with a wet Fall it is now looking to be a better than earlier expected water year, particularly in the Star Valley area.

As of April 30th the Snow Water Equivalent in the current snow pack is near or just below normal across much of western Wyoming  with poorer conditions to the south and west . 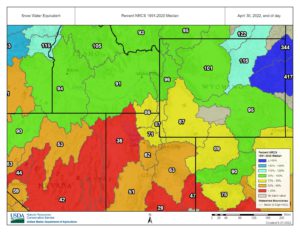 Examining the Willow Creek SNOTEL in the nearby  Salt River Range, shows the improved conditions that can be expected in Star Valley this year vs last year. 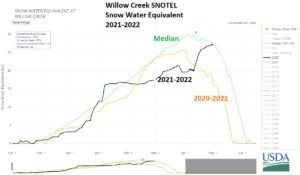 The abrupt improvement beginning the end of March has pushed SWE to around normal and now well above last years levels.  As important, is the normal peak of SWE prior to the runoff beginning, is already a couple weeks later, due to both the precipitation and cool temperatures.

Total precipitation due to the Fall and December storms is well above last year and around normal.

Of note is that the total precipitation since Oct 1 2021 is near normal and close to what occurred the previous  entire Water Year reflecting the very dry early summer of 2021.

At Star Valley Ranch April snowfall was comparable to both January and March of this year and well above what occurred in February. 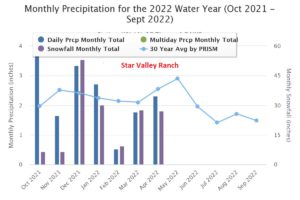 It appears that the active storm track will continue the first week or two of May across the region  and the current longer range forecast reflect this pattern with above normal precipitation and continued cooler temperatures.