While today, the 21st of June is officially the start of summer(summer solstice),  Star Valley recently has been experiencing more Spring like temperatures.

Following is the graph from the Thayne ES weather station for the past 30 days.

Daytime temperatures have been relatively mild, but nights have been cool, many below freezing. 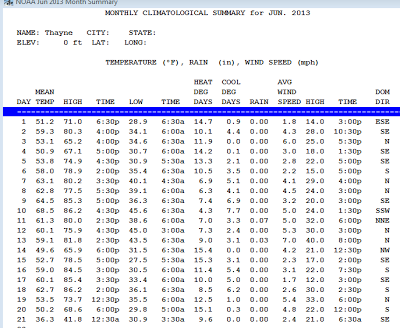 Noticeably is the the lack of any appreciable precipitation so far this June.
The current cool weather is the result of an upper trough of low pressure over the Northwest U.S.
This pattern will change over this next week leading to a large high pressure over the Western States.
This could reflect the beginning of the Southwestern Monsoon. So there is some hope of June ending on a wetter note, even with temperatures likely reaching into the upper 80s and low 90s by the end of next week.