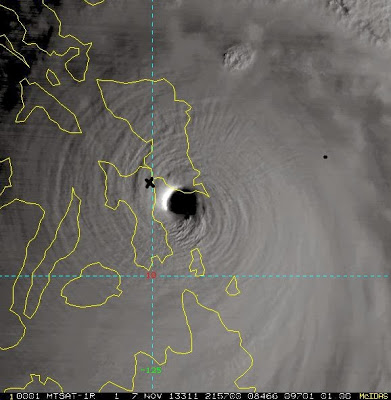 Probably the strongest Typhoon/Hurricane of modern times just as the eye and its 30 foot storm surge were crossing the coast near Tacloban, Phiippines(black X).  Winds were estimated, sustained to 190 MPH with gust to 230 MPH!

Following is a video taken in Tacloban as survivors began to recover.

Video of Tacloban after the passage of Typhoon Haiyan