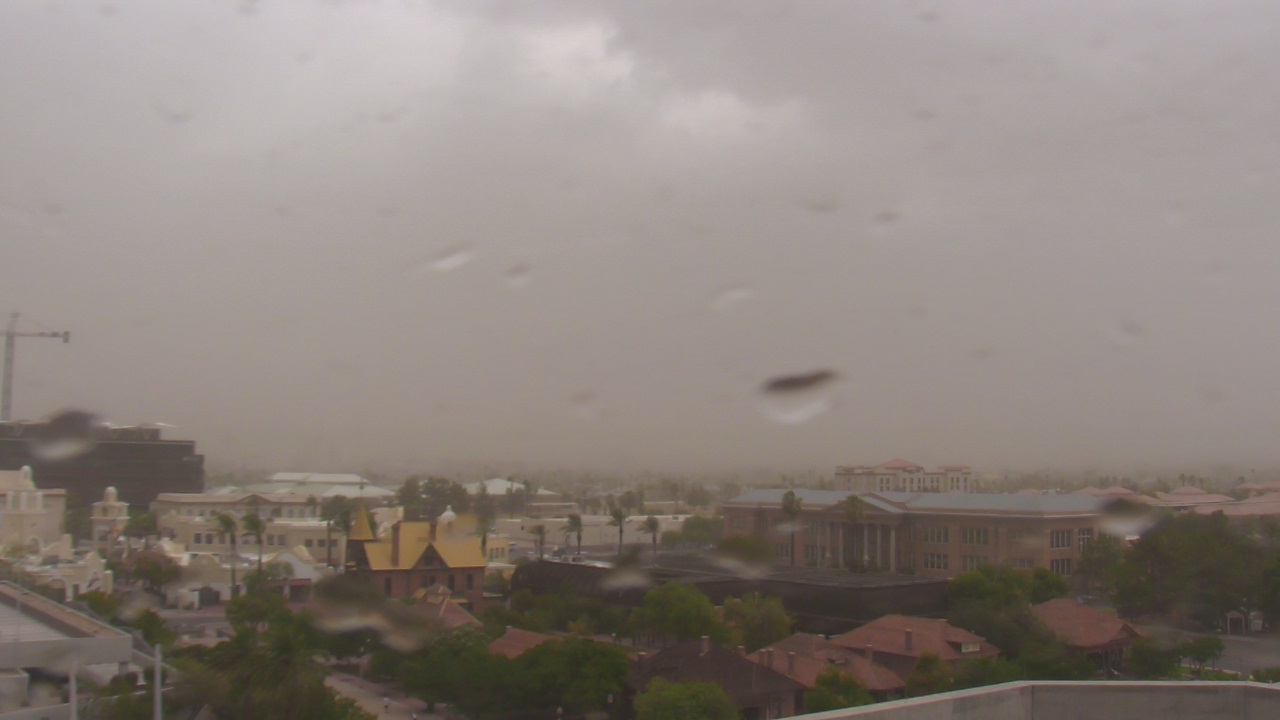 Images courtesy Arizona Science Center (10:00am & 10:30pm)
A fast moving complex of showers and thunderstorms made its way through New Mexico, into Arizona, and through the Phoenix metro area during the morning hours of Tuesday 11 August 2015. Not only were 40-50mph winds common with these storms, but visibilities were reduced dramatically as blowing dust enveloped the metro area. Storms eventually moved into northern Arizona shortly after noon, with quiet weather taking hold during the afternoon/early evening hours.
A secondary disturbance moved through southeast Arizona several hours later, eventually making its way through the Phoenix metro between 8pm and midnight. For the second time in less than 12 hours, widespread winds (this time in the 50-60mph range) overspread the valley along with near-zero visibility due to blowing dust.

Additional information will be added to this page in the coming days as more reports become available.