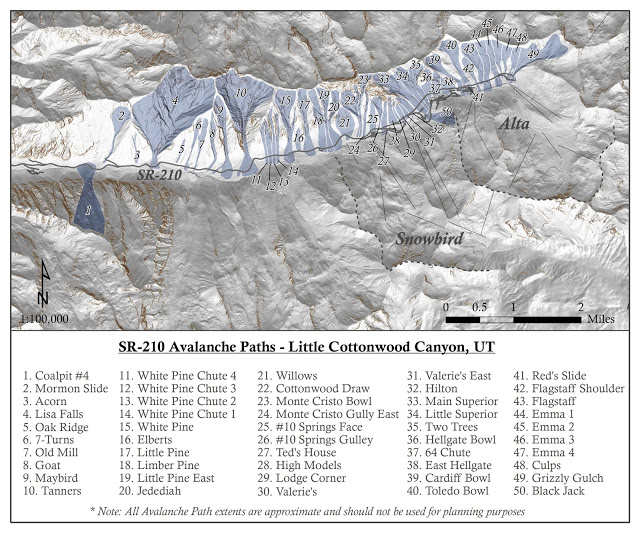 Jim Steenburgh’s recent blog on not only the most recent deadly flash flooding event in Southern Utah but the potential for other weather related threats is worth sharing.  Both Lightning and Avalanches are phenomena that are a concern that much of Western Wyoming, including Star Valley  need to be aware of.

By Jim S
Monday’s flash floods contributed to the deaths of 19 individuals, with one still missing.  It’s Utah’s worst day for weather-related loss of life in history.  Moving forward from here, the good news is that weather forecasts, watches, and warnings have never been better and will continue to improve in the future.  The bad news is that with increasing population, development, tourism, and recreation, Utah’s vulnerability to severe weather has never been higher and is only likely to increase in the future.

Here are two potential disasters that have yet to occur, but concern me as a meteorologist.  We probably can’t eliminate the potential risks, but there are steps that can be taken to reduce the likelihood or severity of catastrophe.

As I discuss in chapter 6 of Secrets of the Greatest Snow on Earth, 50 avalanche paths intersect SR-210 and other roads and parking lots in Little Cottonwood Canyon.

This along with heavy traffic, yields the highest avalanche hazard index of any major road in the United States.  On average, the highway is hit by 33 slides per year, most when the road is closed, but not always.

Individuals contributing to the reduction of avalanche threat along the highway, including those at UDOT, Alta Ski Area, and Snowbird, do an exceptional job, but it is impossible to completely eliminate risk along the highway as it exists today.  As noted by retired UDOT Avalanche Program Safety Supervisor Liam Fitzgerald, “Because of the density of traffic, because of the number of avalanche paths that affect the road, and how close the starting zones are to the road, if you open the road to the tune of 5 or 6 thousands vehicles, a small avalanche can come down, block the road, and now you have hundreds of vehicles sitting stationary under these other avalanche paths, and it does turn into a catastrophic situation very quickly.”

As suggested by Liam, perhaps the worst-case scenario is to have traffic snarled in the canyon during a period of rapidly escalating avalanche hazard.  It doesn’t take an avalanche for this to happen.  Chances are you’ve experienced the infamous red-snake, produced by the break lights of a seemingly endless line of cars crawling down the canyon at the end of a big ski day, especially when road conditions are poor.  Such situations, when combined with heavy snowfall and increasing avalanche hazard, could go south quickly if the road is hit by an avalanche, burying cars and sweeping them off the highway.

Catastrophe has been adverted in the past.  In 2006, an avalanche swept an SUV containing nine people off the highway.  Fortunately, all were wearing seat belts and incredibly everyone was shaken up but not seriously harmed.

Improvements in infrastructure, monitoring, and forecasting in recent years have reduced but not eliminated the threat in the canyon (Note: avalanche concerns exist along other Utah highways, but the hazard threat is greatest in Little Cottonwood).  Some additional incremental improvement is likely possible, but reducing this threat significantly likely involves highway realignment, tunneling, and shedding of the highway, or a similar approach for mass transit alternatives (e.g., rail) in the canyon.

Lightning or Severe Weather at an Outdoor Event

Amongst states, Utah ranks in the top 20 for total lightning fatalities and #2 for lightning deaths per million people.  I’m unaware of any lightning catastrophes that have killed more than 2 individuals, but there have been some that have apparently killed hundreds of sheep!

Perhaps the biggest potential for a major catastrophe is at outdoor events such as concerts or football games.  An example of the potential occurred at the NASCAR Sprint Cup Race at Pocono Raceway in 2012 when one fan was killed an nine injured by lightning.

In 2006, Joel Gratz, now CEO of opensnow.com, and Erik Noble, wrote a great article for the Bulletin of the American Meteorological Society evaluating lightning safety at large stadiums in the United States, exposing the need for managers to both anticipate and prepare for lightning threat. 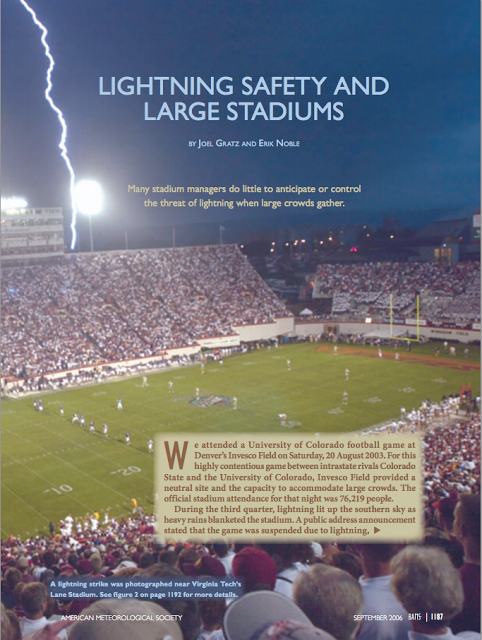 The good news is that some outdoor venues now have developed lightning safety action plans and monitor for lightning during events.  You may recall the lightning delay during the Utah–Michigan game last year.  The bad news is that all of them don’t do it, it’s difficult to evacuate an outdoor stadium in the event of a rapidly developing storm, and often spectators are reluctant to move to their cars or a safe indoor location.

Encourage your favorite outdoor venue to be doing all they can with regards to lightning safety and promptly move to a safe location in the event of lightning or severe weather.