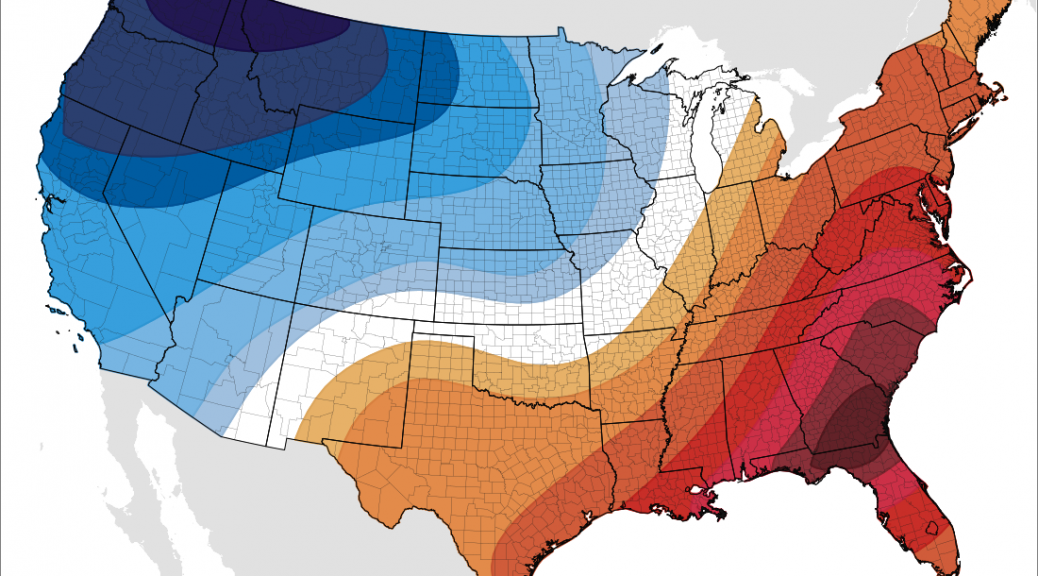 Much of the winter the western states, including Star Valley have escaped the winter cold that has plagued much of the northern U.S. east of the Rockies. However the upper air ridge of high pressure that has been persistent over the southwestern states and along the Pacific Coast is shifting westward offshore of the U.S. and Canada. This will allow the cold air over western Canada to head southward into the western mountain states preceded by snowfall over much of the interior west.

The 500mb analysis this Thursday morning  shows the ridge now just off the west coast and beginning to amplify north toward Alaska.

The next 500 mb chart is the forecast for next Tuesday Feb 20 2018 with the pronounced upper ridge well off the west coast extending north into Alaska with a deep trough of low pressure over the interior western states.

There will be several periods of snow through the upcoming weekend after which the colder and drier air from Canada should provide more winter like temperatures the first of next week.

Following is the accumulation of snow forecast by the computer model through next Thursday, most of which will have fallen by the first of next week.

Temperatures will drop well below normal by the first of the week as cold air from Canada spreads across much of the area.  The coldest will be located east of the Continental Divide as has been the case much of the winter, but the mountain valleys including Star Valley will likely experience  below zero mornings several  days of next week.

Following is a forecast chart depicting the departure of surface temperatures from normal for next Wednesday morning.

The next chart is the forecast minimums for next Wednesday morning.

Details on the amounts of snow and how cold it will get next week are too soon to be determined, however it will be more winter than Star Valley has experienced so far in 2018.