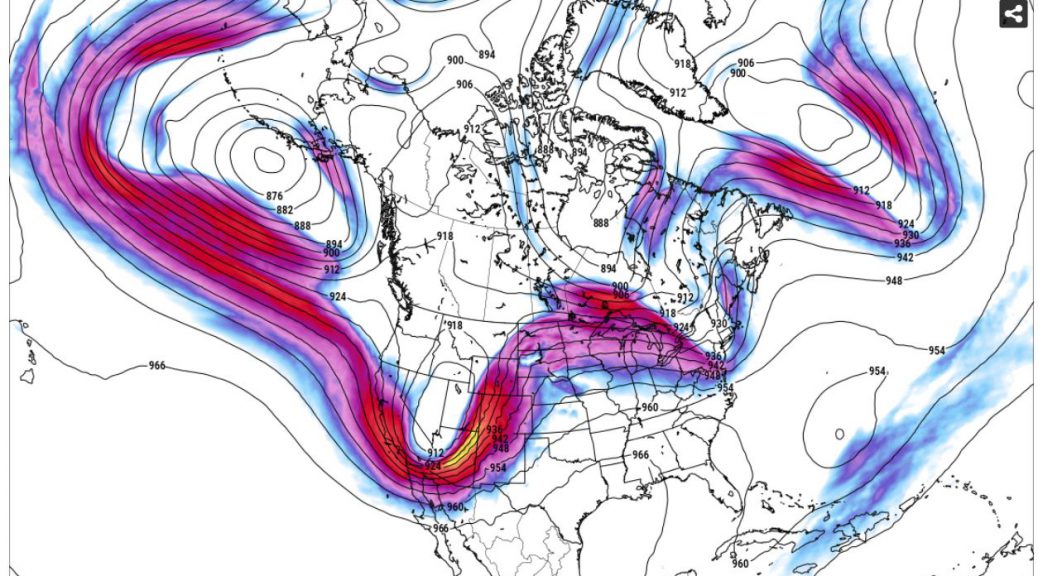 The first of this coming week, Star Valley and surrounding areas will experience beautiful late Spring Weather.  However the models are making a strong case that by the end of the week and into next week a return to an active weather pattern will spread across the Western States and into the Great Plains.

The following is an animated loop of the forecast 300mb  pattern including the jet stream through much of the remainder of May.

It can be seen the progression of a very strong jet stream from the Eastern Pacific  into the Western States by next weekend.

By the first of next week a deep trough is crossing the Rockies.

There will be snow in the higher mountains which could be significant, particularly for the latter portion of May

While computer model forecasts are continually improving, the main take away from the above model solution is after our very pleasant weather the first of this week, a major shift in the jet stream/storm track takes place by the weekend.  The details of when, where and how much precipitation is still too early to be too specific, however the fact that May typically is one of the wettest months of the year in our region, this forecast pattern does look wet.

The extended manual forecast from the NWS does support this change in the latest 6-10 day outlook which cover the period of Saturday May 18-Wednesday May 22.

The takeaway is enjoy the first of this coming week, as it may be a while before similar warm dry weather returns this May.