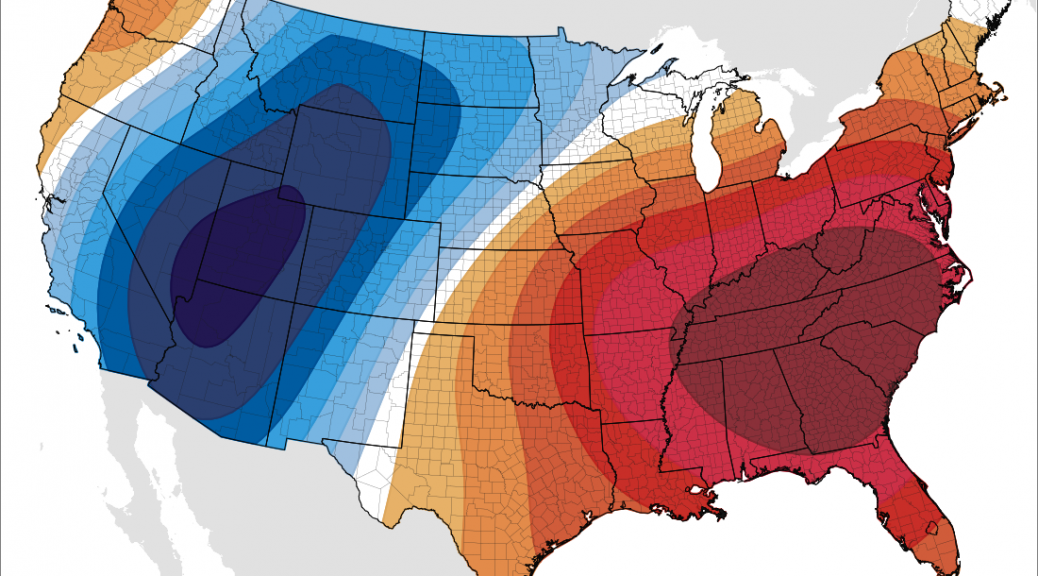 The following is an animation of the 300 mb forecast pressure and wind fields for the next 7 days.  An unseasonably deep upper trough remains over the western states as a strong upper ridge sets up over the Eastern Pacific ocean.

The extended forecast for the period from next Friday May 24-Tuesday May 28 continues to call for unseasonably cool temperatures over much of the West: 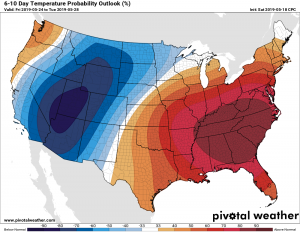 Along with above normal precipitation: 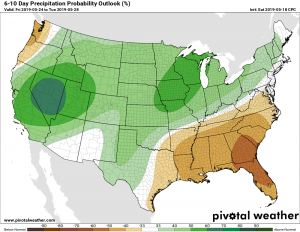 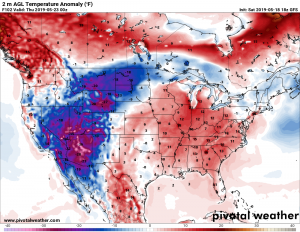 Afternoon temperatures in normally hot Arizona deserts in areas such as Phoenix will see 70’s versus normally near 100 degrees!

Precipitation will be widespread across much of the U.S. in the coming week. This is illustrated by the forecast totals from Saturday May 18 to Saturday May 25:

Here in Wyoming snow will be substantial in the higher elevations.  While it is a model forecast, the following model snow total for the next 7 days in the higher Big Horns, Wind Rivers and other Wyoming mountains could be measured in feet. 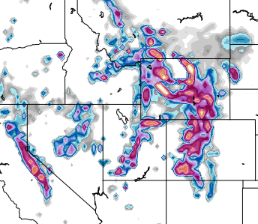