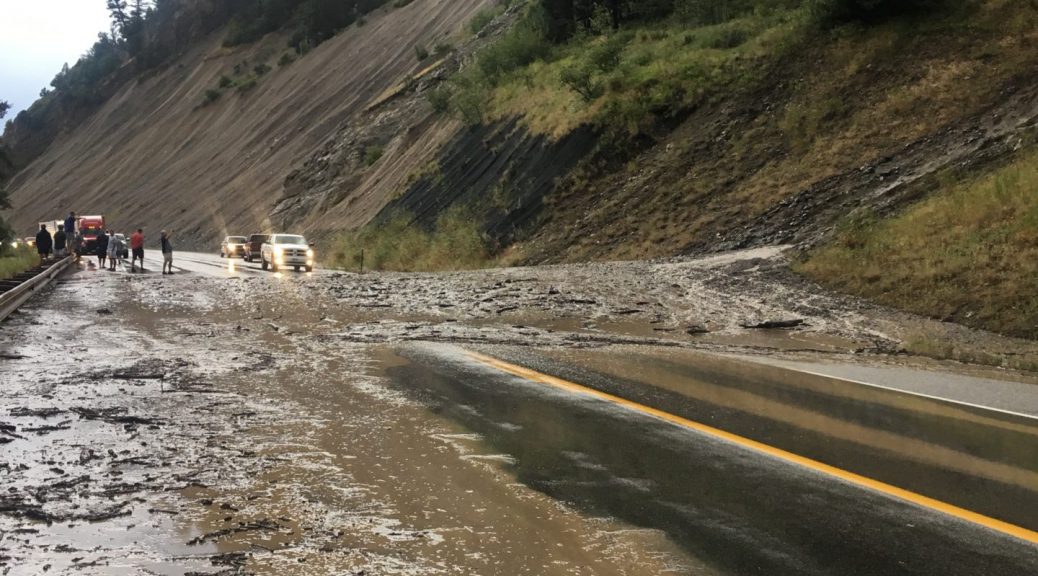 An intense thunderstorm with very heavy rainfall developed over the Snake River Canyon just east of Alpine this evening.  While much of the Lower Valley has received generous rainfall amounts from the evening storms, radar indicated that potentially more than 2 inches fell in about an hours time just east of Alpine around 7pm.

Following is a radar animation showing the storm developing just north of Alpine and reaching its maximum intensity as it crossed the Snake River just east of Alpine shortly after 7pm.

Animation of the storm that resulted in the mud slides along the highway through Snake River Canyon this Thursday Evening.

The radar produces a product that provides total rainfall in an hour.  This particular hourly image from the Pocatello Doppler radar suggests up to 3 inches fell in the hour ending at 7:24 PM Thursday evening. As hail up to marble size was reported with the storm the actual radar estimate was likely somewhat contaminated by the hail, however it is not unreasonable that 2 inches could have fallen in a very short time as the storm crossed the Snake River a few miles east of Alpine.

The photo of the storm that appears to have been taken from Alpine shows the dramatic heavy rain shaft from the storm.