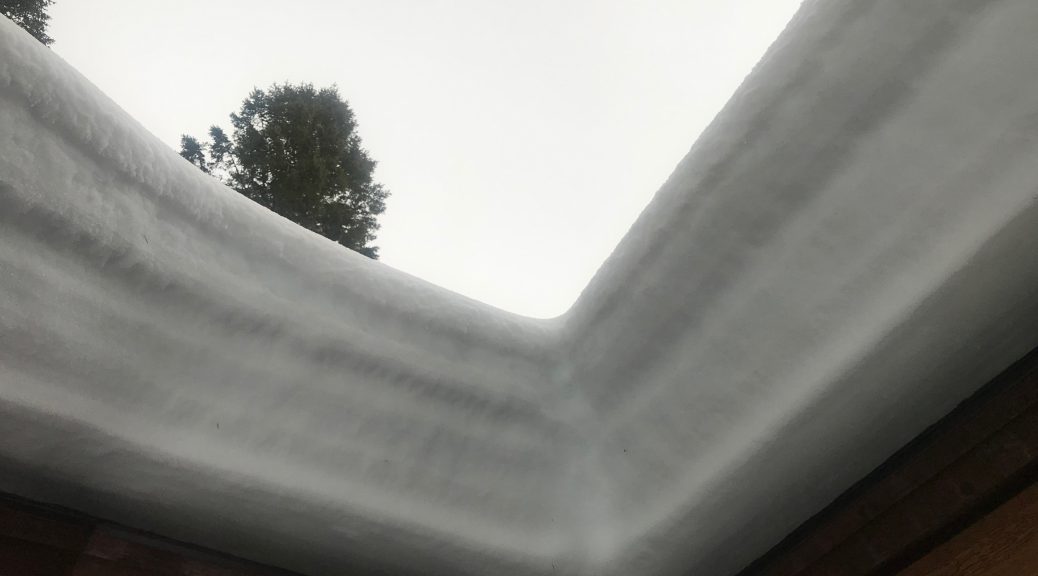 It is mid-summer in Star Valley and our winter snows are just a fading memory.  However , new home construction is underway and plans need to incorporate the inevitable snowy Star Valley Winters ahead.

I have been recording precipitation, including snowfall for the past several years at our home in Star Valley Ranch. Using my observations along with the official cooperative weather observer located 3 miles southeast of Bedford with a record of over 30 years, I can with some confidence provide a maximum  winter snow load for our area.

The roof load is calculated by the total weight of the water being held in the accumulated snow.

Evaluating just the short period of record at my home, this past winter as can  be seen by the graph for the period from November 1-March 15 about 180 inches of snow fell.

The actual accumulated precipitation, melted snow and rain,  for that same period was around 12 inches.

Thus if all the precipitation remained on the roof through the middle of March the load per sq foot would be around 65 pounds.  However the combination of some melting on warmer days and some rain versus snow, that would result in somewhat less of a load.

I measured over 220 inches of snow for the same period and the total precipitation was around 17 inches. Again this amount of precipitation would be  the upper limit that would have accumulated on a roof.  It actually would be less again due to melting during warm spells etc. A 17 inch water load would result in 90 lbs per sq foot.

Examining the long term weather station just southeast of Bedford where records go back over 30 years we can look at two graphs,