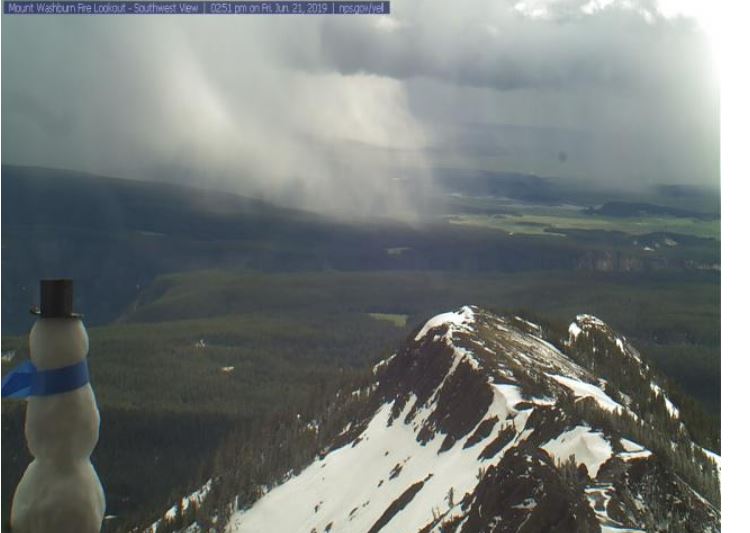 June 2019 was a more typical weather month for Star Valley with near to a little above normal rainfall and near average temperatures.

Looking at the state of Wyoming as a whole it was a little drier and cooler than normal.

The distribution of precipitation across Star  Valley ranged from almost 3 inches at the Double L Ranch along the Salt River northwest of Etna to a little overr an inch near Thayne. There remains a lack of official observations near Alpine.

Looking at the daily temperature graph for Afton there were a couple cool periods but no record breaking temperatures.

The coldest observed temperature in the valley for the month was 25F on the 9th at both Thayne Elementary School and the Double L Ranch.

The warmest temperature for the month was 86F at Etna Elementary School on both the 16th and 28th of the month.

The strongest observed wind gust was 56 MPH on the 6th of June at 6:25 pm at Star Valley Ranch.

With the exception of traces the only measurable snowfall was just a half inch at the station located 5 SSE of Smoot on June 8.