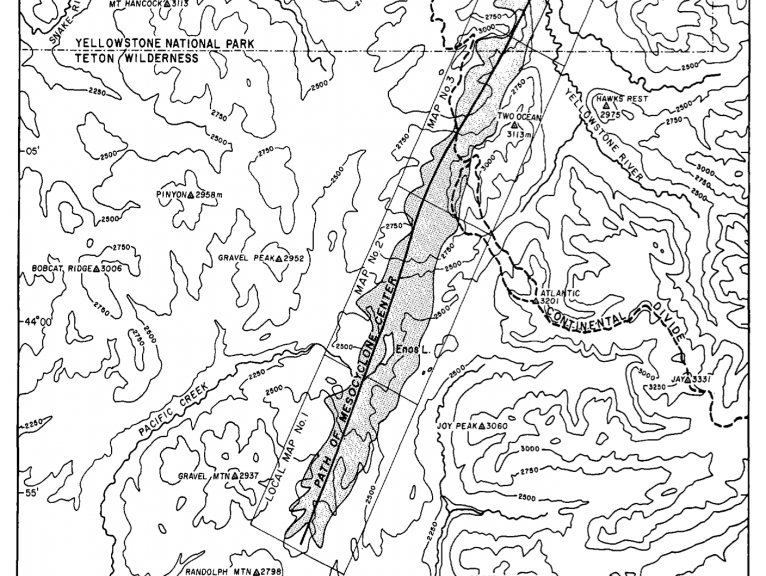 Most people don’t think of tornadoes affecting the state of Wyoming, let alone violent tornadoes. The state averages about 8 to 14 tornadoes per year. They are often weak, short-lived, and usually occur in the eastern part of the state. However, on July 21, 1987, a tornado unlike any other would occur in the high mountains of Northwest Wyoming.

An isolated supercell initiated near Salt Lake City. This supercell became tornadic about two miles northeast of Mount Randolf, in Teton County Wyoming, or 45 miles northeast of Jackson, along the Box Creek Trailhead. F1 tree damage was observed here. The tornado began to move northeast crossing large elevation gradients, often traversing from high ridges to lower river valleys. At Enos Lake, every tree that surrounded it (at least 1,200) was knocked down. Near the end of its path, it crossed the Yellowstone River and lifted in the southeastern corner of Yellowstone National Park. This tornado’s most impressive feat was the fact that it crossed the continental divide at over 10,000 ft. This is the highest elevation that a violent (F4/F5) tornado has ever occurred on record.

The tornado produced massive tree damage. At least 15,000 acres of trees (approximately 1,000,000 trees) were destroyed by the tornado. Most of the downed trees were mature Lodgepole Pines, that were 80 to 100 feet tall. Dr. Ted Fujita observed F4 damage to a swath of trees along Gravel Ridge, shortly after the tornado developed. He noted that Engleman Spruce trees that were 12-15” thick were easily toppled and had their bark stripped off. The topsoil that was scoured from the ground was plastered against these debarked trees. Some trees were even pulled from the ground and carried a considerable distance. The tornado produced a swath of damage 24 miles long and up to 1.6 miles wide. Dr. Fujita also found a total of 72 microbursts that accompanied the tornado, making the swath of blowdown in some areas up to 2.5 miles wide. Dr. Fujita believes that the large number of microbursts around the tornado help to maintain the vortex in such topography.

The tree damage was so severe that Dr. Fujita noted that he had “not seen such devastating tree damage in the vicinity of structural F4 damage in cities such as Xenia, Ohio and Birmingham, Alabama.” The only comparable F4 damage that he had seen in a forest was from the F4 tornado that hit Murphy, NC, on April 4, 1974. Thomas Grazulis in Significant Tornadoes said that not all experts agree that this should be classified as a tornado. Most of the downed trees were burned during a wildfire in 1988. Per Grazulis: “The F4 rating was applied after inspection by Dr. Fujita. F4 winds may be needed to do F3 damage in air at this altitude (up to 10,000′).” 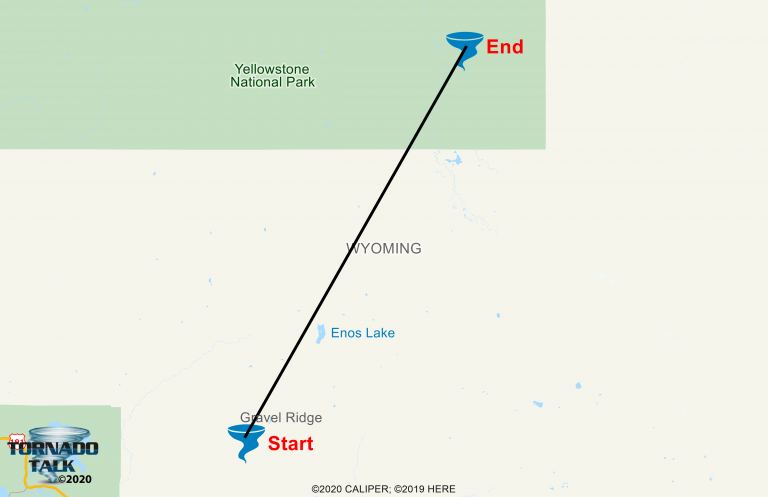 Note:  Exact tornado path may not be straight and/or continuous. 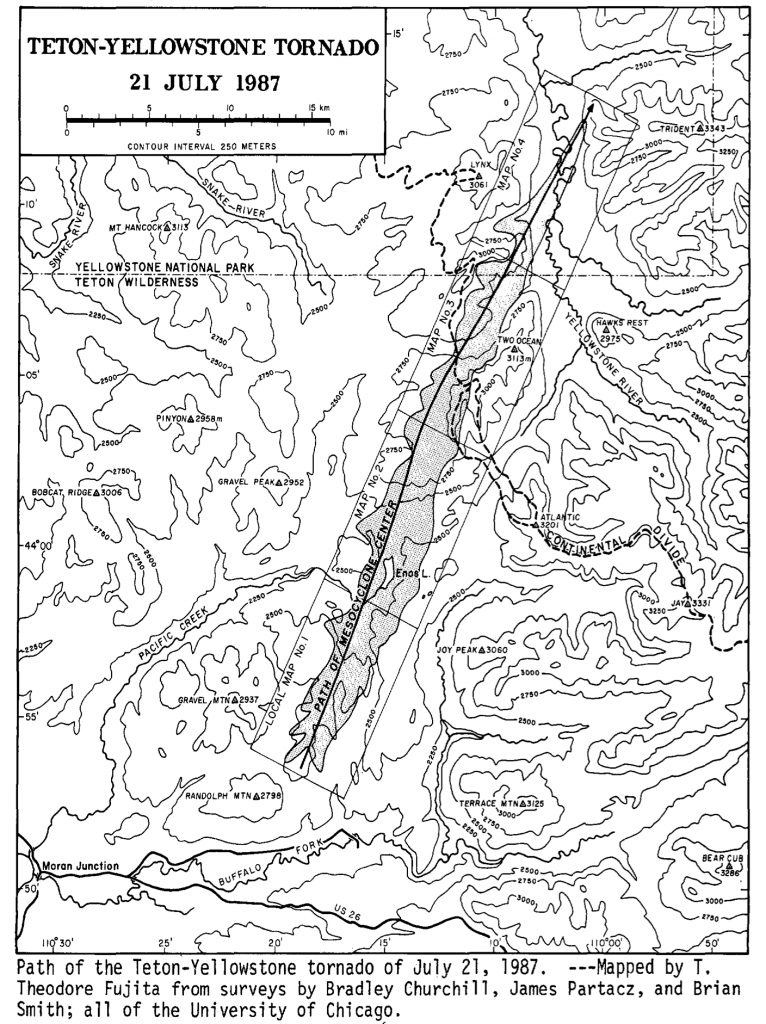 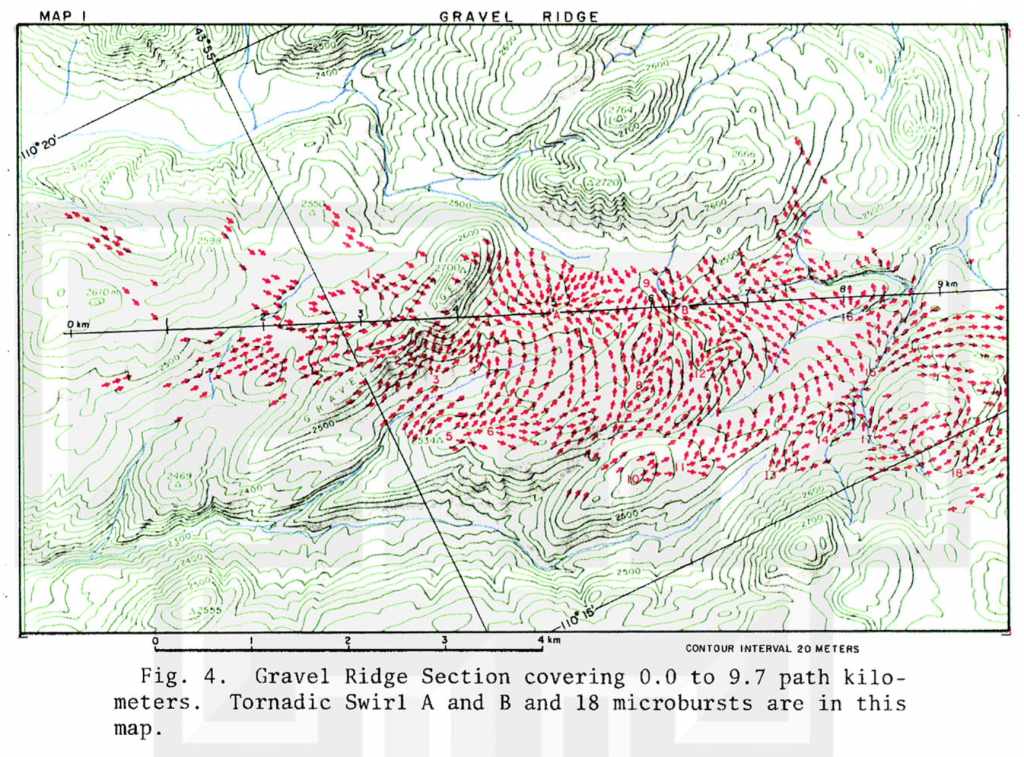 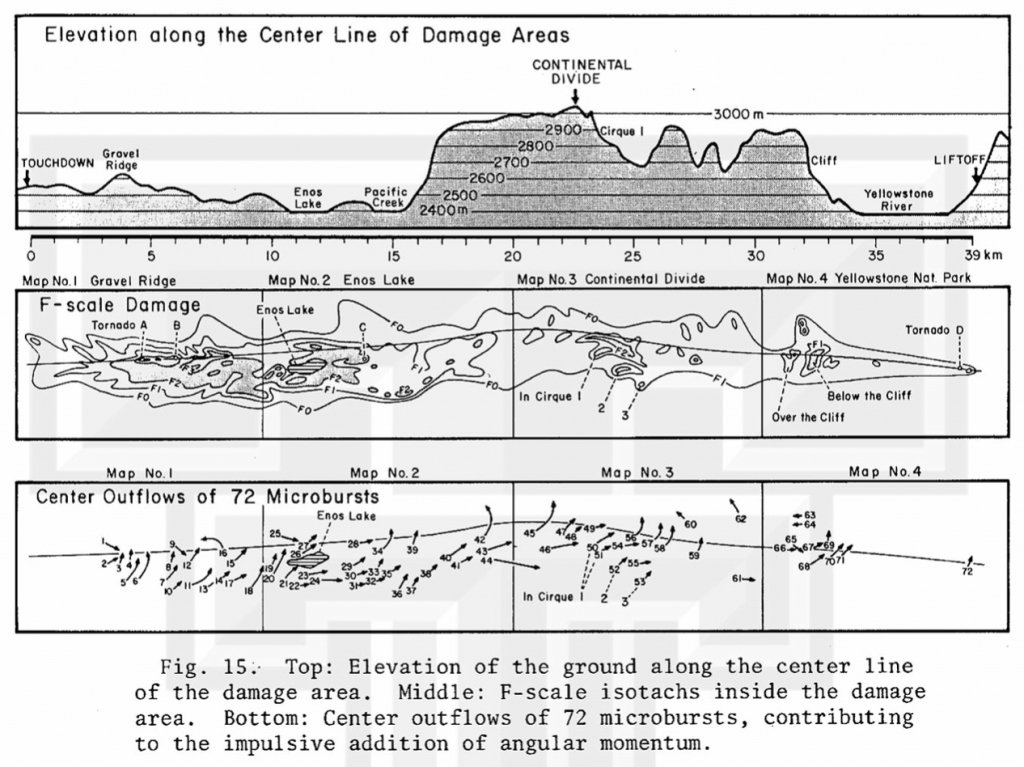 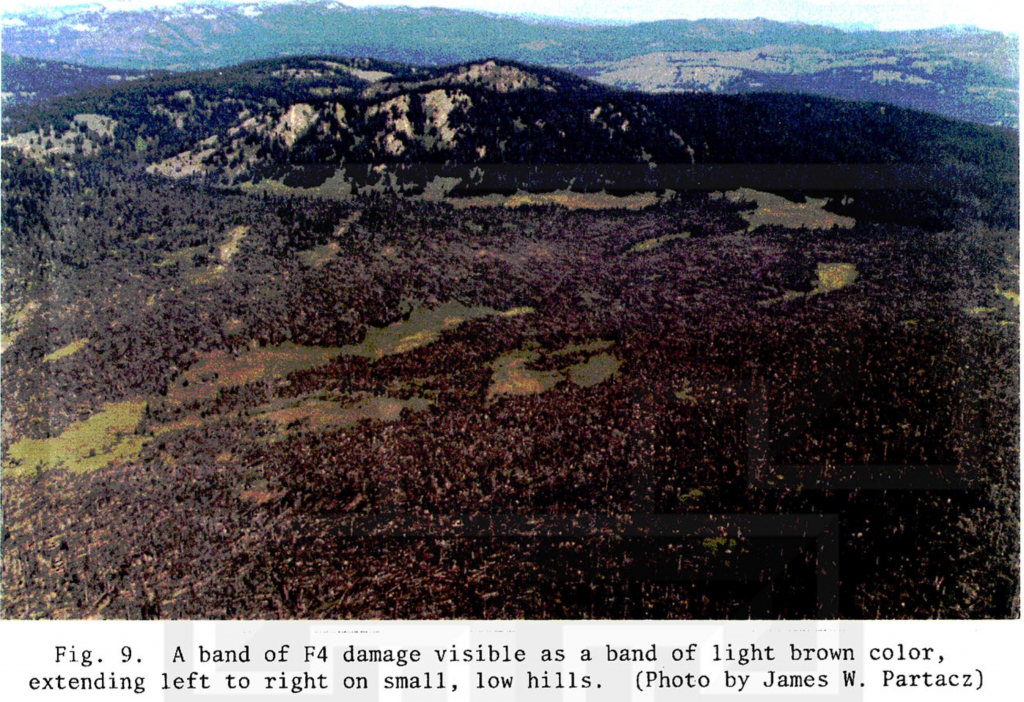 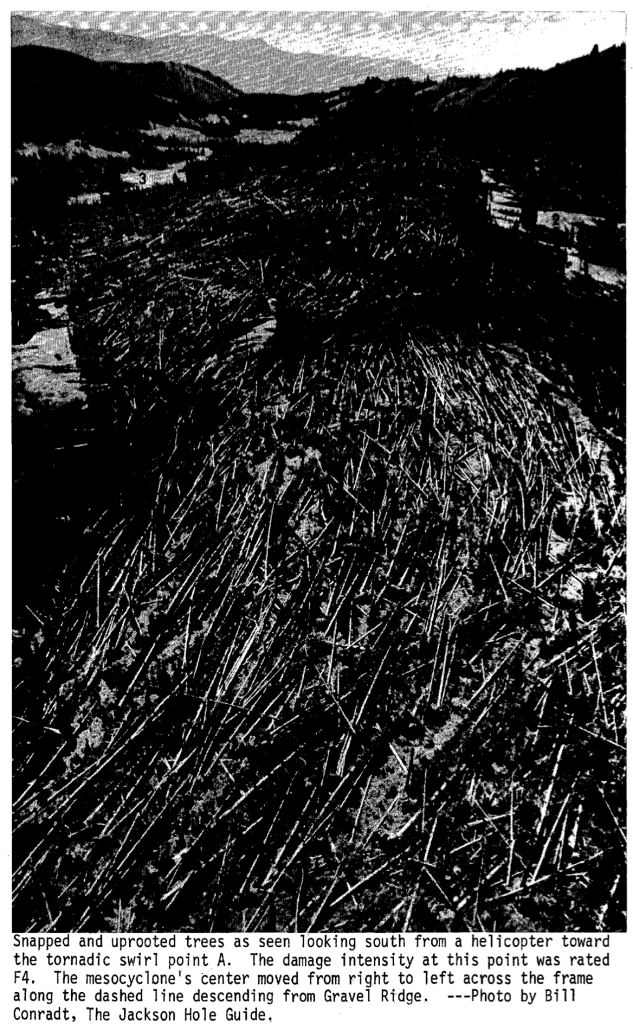 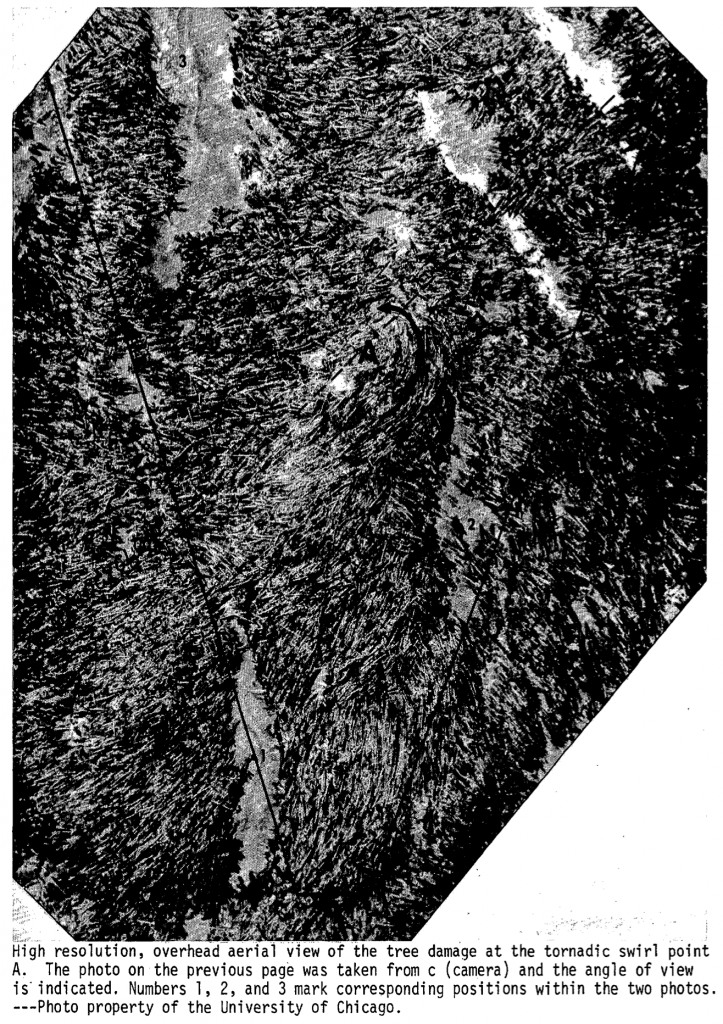 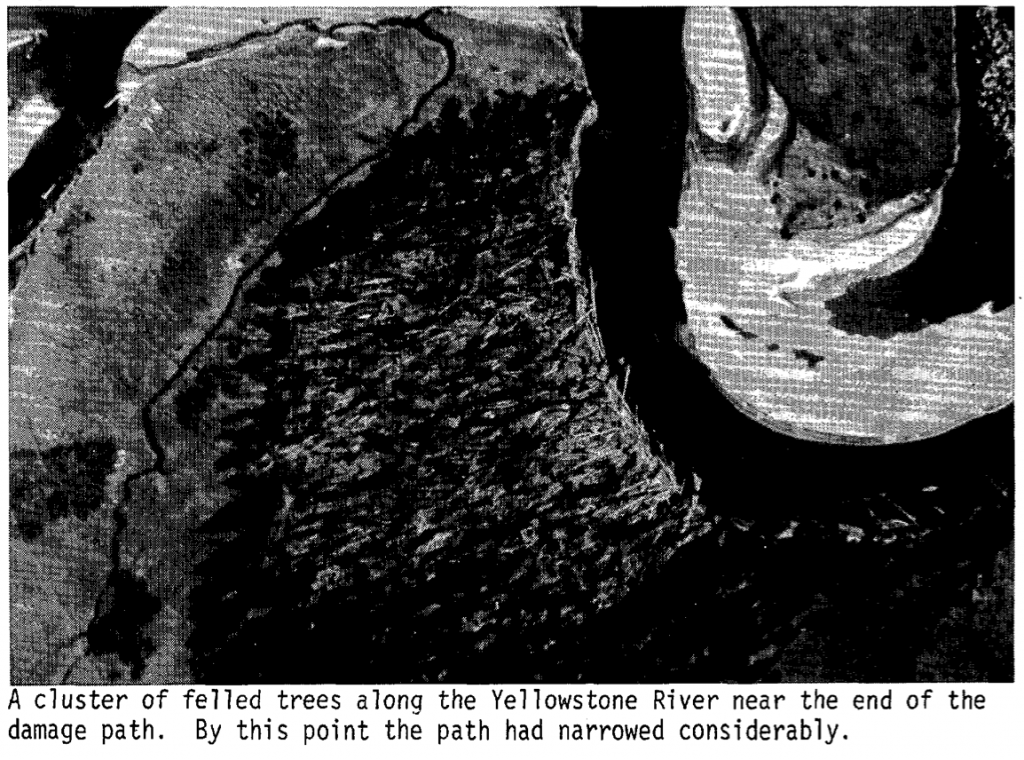 We gathered information for this event from the SPC & NCDC Databases, the July 1987 Storm Data Publication, Significant Tornadoes by Thomas Grazulis, and Dr. Fujita’s Survey.