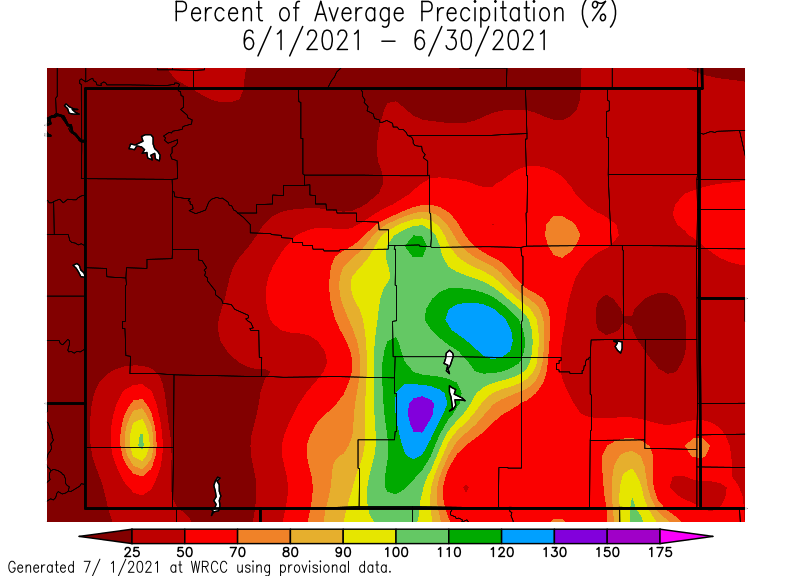 There were no reports of measurable precipitation  during all of  June in parts of Star Valley.  This is the only time that this has occurred in any month  at the official climatological station located just Southeast of  Bedford.  The record at Bedford 3SE begins 50 years ago in 1971.  Normally over  2 inches fall in June, this year there were just two days that observed a trace.  The same was true at the Star Valley Ranch station with just a trace  There were a few shower that hit gauges  with Afton reporting .13 on the 6th for a monthly total of .14.  The station south of Thayne measured a whopping .07.  Smoot at the south end of the valley came in with .05.  The station 6 miles south of Alpine also had just .02.

Much of Wyoming suffered through an equally dry month with a few exceptions mostly in the eastern sections. 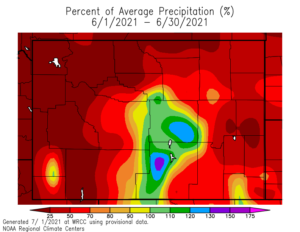 Most of Wyoming very little precipitation fell with the exception of the east side of the Wind Rivers and the southeastern corner. 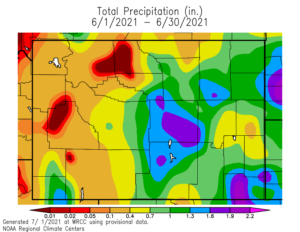