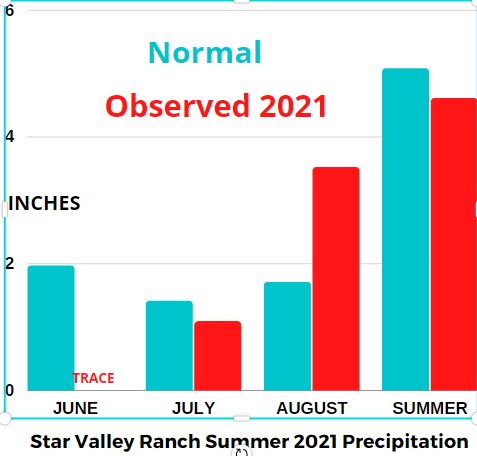 After a record setting dry beginning of the summer of 2021, unlike the previous two years the monsoon moisture did reach Star Valley  by late July.  Several episodes  of heavy thunderstorms brought much above normal August rainfall. Such was the case across much of western Wyoming. 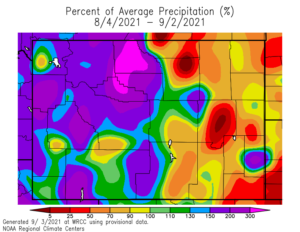 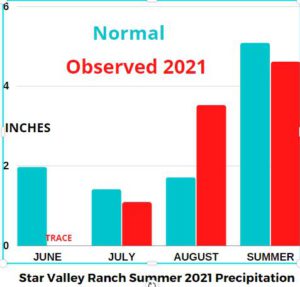 Following is a list of observed precipitation amounts for the summer across Star Valley and surrounding mountains:

As it was across much of the Western States, Wyoming had a warmer than normal summer. 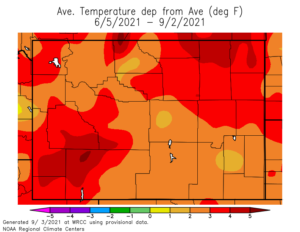 The warmest temperatures in Star Valley were generally in mid July.  On July 19th Afton hit the summer high of  91 while on the same date Bedford had their warmest with 93.  Star Valley Ranch hit 91 for the highest on July 18th and again on August 16th.

The only sub freezing temperatures  were in mid June when Afton hit 27 on the 7th and Bedford 28 on the 11th of June.  Star Valley Ranch coldest  morning was on June 11th with a 31.