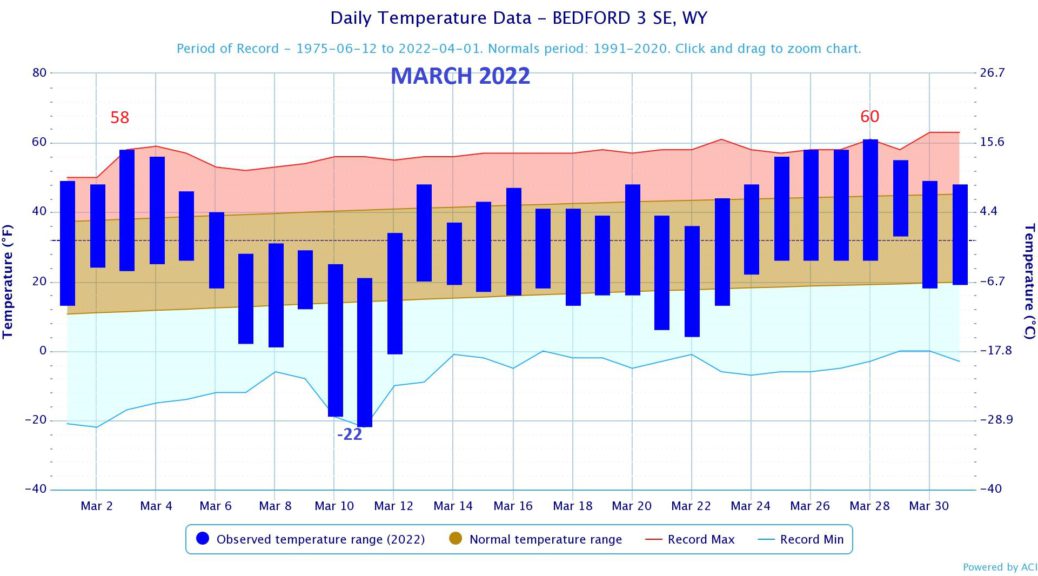 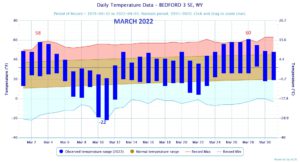 However both the beginning and the end of March were actually unseasonably mild with 58F on the 3rd and 61F on the 28th.

The Afton climate station had a similar record reaching -18F on the 11th and then up to 63F  later in the month. 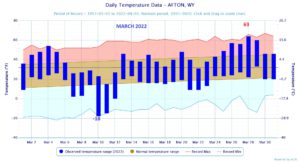 March typically brings to an end the building of the winter snowpack in western Wyoming.  Star Valley Ranch  for this past winter had  below normal snowfall, however the actual total precipitation  since the 1st of October was near normal. 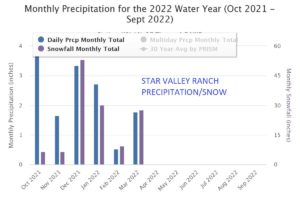 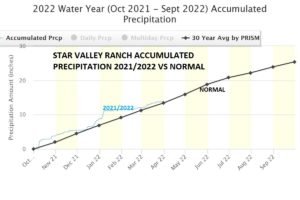 Examining the adjacent Salt River Range  snow pack at the Willow Creek SNOTEL is not encouraging  for the runoff. 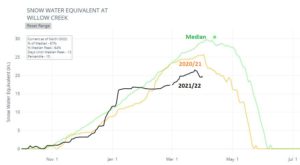 Not only is the SWE just 2/3  of normal it apparently has begun a couple weeks earlier than normal.

Wyoming and surrounding areas are all reporting below to well below normal SWE as of the end of March. 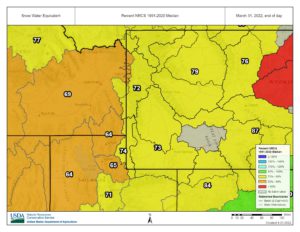 The actual total precipitation that has occurred since October 1st is not quite as discouraging  given the wet periods of last Fall. 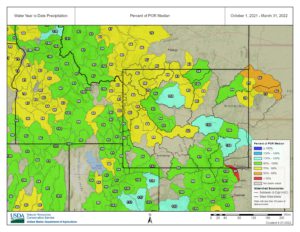 Finally the reservoir systems have a mixed review with apparently the Snake River being one of the lowest. 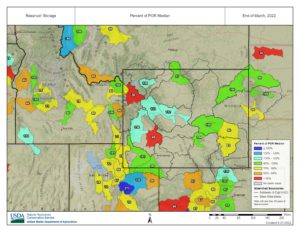