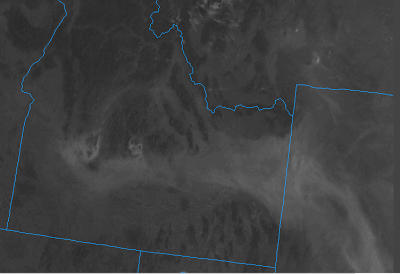 This Thursday morning an extensive area of smoke had spread across much of Star Valley.  The smoke source was with the ongoing fires over the mountains of central Idaho.  By this afternoon smoke had lessened, but the fires continue and westerly winds will likely bring smoke back across the area over at times the next several days.  Following are the visible satellite photos from Thursday morning and again this afternoon.  The smoke source was obvious in the afternoon photo. 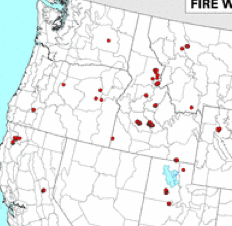 It is comforting to observed no active fires at this time in the Star Valley Region.